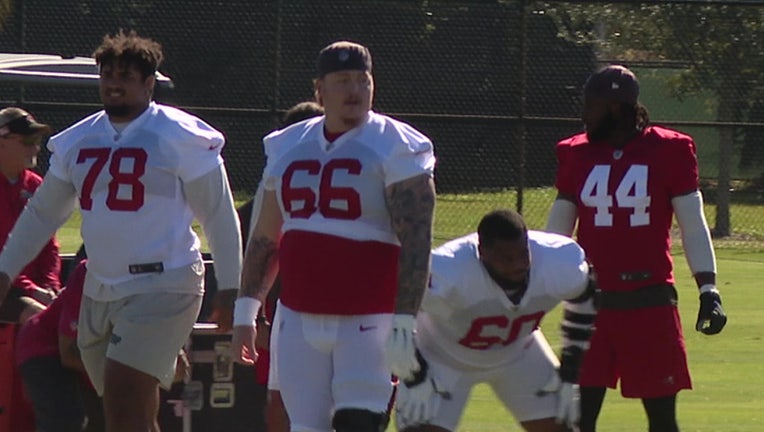 TAMPA, Fla. - For the last five months, Tampa Bay Buccaneers center Ryan Jenson's health and expected return date have been top secret. But Wednesday, Jensen was back in a practice uniform for the first time since injuring his knee on the second day of training camp in July.

Jensen has been on injured reserved with an undisclosed knee injury, and the extent of it has been unclear. Even with a brace on it, Jensen tested out that left knee as much as possible Wednesday.

The veteran center's return to the practice field makes for a big boost in morale for the Bucs heading into a must-win game. The Bucs will face off against the Carolina Panthers Sunday in what is essentially a playoff game at Raymond James Stadium.

It's a playoff game weeks in the making as both the Bucs and Panthers could ill afford another loss on the season.

RELATED: Brady, Buccaneers drop under .500 with shocking loss to Panthers

"They need it and we need it. It's essentially a playoff game," Bowles said. "Our playoff games started last Sunday when we won, so this Sunday will be the same."

The Bucs still carry the scars from their surprise week seven loss to Carolina and are ready for the same level of intensity this Sunday at home.

"We know what playing them earlier in the season, how that went and how we came out," said Tristian Wirfs. "We watched tape on that game this morning with Coach Bowles. We've got to set the tone early."

A win means the Bucs would repeat as NFC South Division champions. A loss, however, would mean the Bucs would need to beat the Falcons week 18 and hope for a Panthers loss. 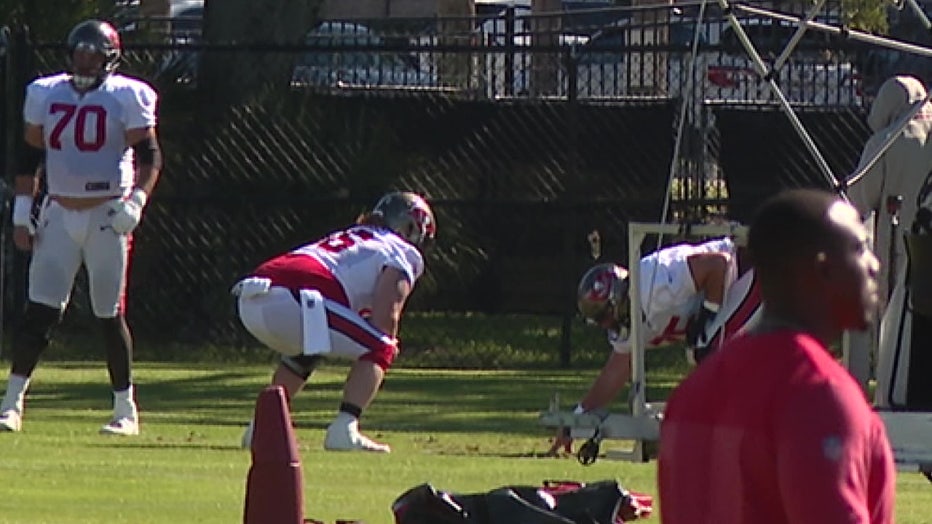 "You've just got to win and get in," Bowles said.

Bowles said Wednesday that the team's main goal for Jenson is to get healthy.

"This is all part of his rehab. We're not even thinking about getting him in pads at this point," Bowles said.

Even though Bowles already ruled out Jensen for Sunday's game against Carolina, the mere presence of the team veteran has the locker room charged up.

"I think it was awesome to see him be back on the field," said Wirfs. "I know it's probably exciting for him. Seems like he was really antsy."

If Jensen is going to make it back to play in any meaningful games this season, however, first the Bucs need to win on Sunday and clinch a playoff berth.