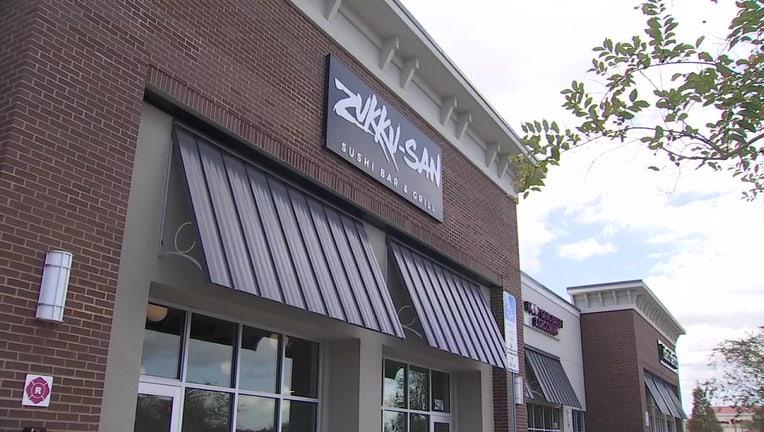 WESLEY CHAPEL, Fla. - A local server at a Wesley Chapel restaurant said he got a tip he'll never forget after waiting on Tampa Bay Buccaneers running back Leonard Fournette.

It started as a typical Friday night for lead server Timothy Macasaet at Zukku San Sushi. He was busy serving guests when a table of four sat down, including Fournette.

"After I served them my food that’s when I was told ‘hey that’s Leonard Fournette from the Buccaneers,’" Macasaet said.

The highlight of this story comes after Macasaet brought Fournette his bill, the total was a meager $85. Fournette decided to leave a $1,000 tip for him. 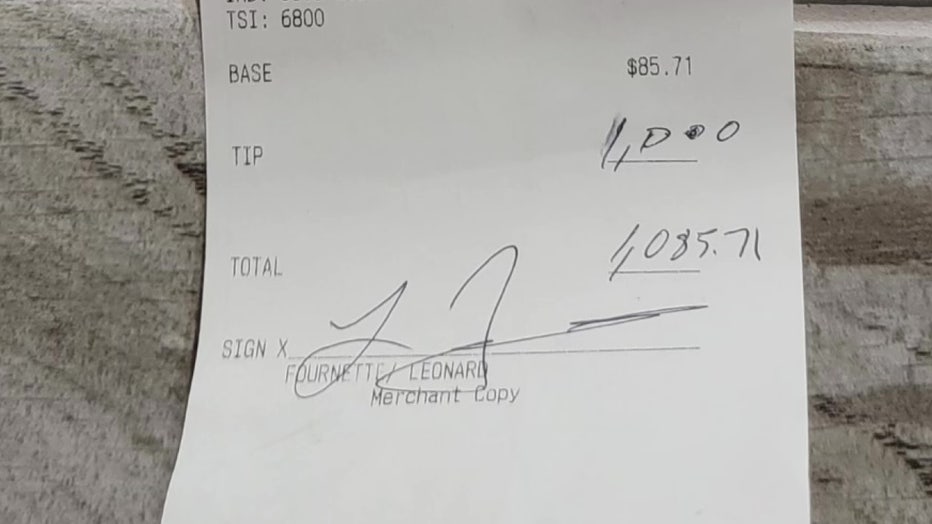 "He called me over to the table pointed at the tip line and said ‘I left $1,000 for you, I want you to make sure this is not a mistake it’s all for you,’ I was very, very shocked when I saw that," Macasaet said.

"My brain froze in that moment, I kind of just thanked him very graciously, I fist bumped him and his friends, and I was just very appreciative at the time," Macasaet said.

It's Macasaet's biggest tip ever by a wide margin. He said he's going to be using the cash for moving costs as he's heading to North Carolina next month. 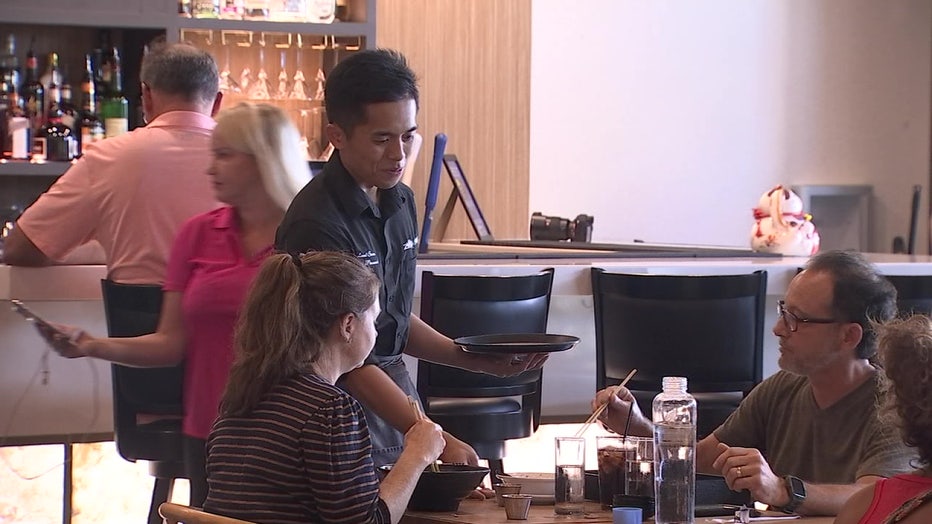 "Nicest customer, in general, football player or not," Macasaet said. "I hope other restaurants you go to aren’t always expecting a big tip, but otherwise thank you for putting nice generosity to the world and just being an overall good person despite your successes."