TAMPA, Fla. - In Coach Joe Urso's 20th season, his son JD joins the University of Tampa Spartans baseball program. But did he accept the offer to play because of his dad, or in spite of him?

There’s very little Coach Urso hasn’t seen or accomplished. His 831-242-1 overall record would back that up, but coaching his son at the college level will be a brand new experience.

“Time really has flown, as everyone says,” the six-time national coach of the year told FOX 13 Sports. “What a privilege to come back to where you played, and all you want to do is keep the tradition going.”

“There's no other coach like him. He's the best there is,” Spartans relief pitcher and 2019 National Tournament MVP Jacinto Arredondo said. “He's like a second dad. He's done a lot for me. I look up to him. My parents look up to him. Everybody looks up to him.”

Arredondo says everyone looks up to Urso, but now, the person who possibly looks up to him the most is a member of the program.

JD Urso signed with the program over the summer, but the decision for JD wasn’t as easy as one may think.

“Obviously a lot of people would question playing for your dad,” the freshman shortstop said. “It's not the easiest move, but really we both believed it was going to be a good fit.” 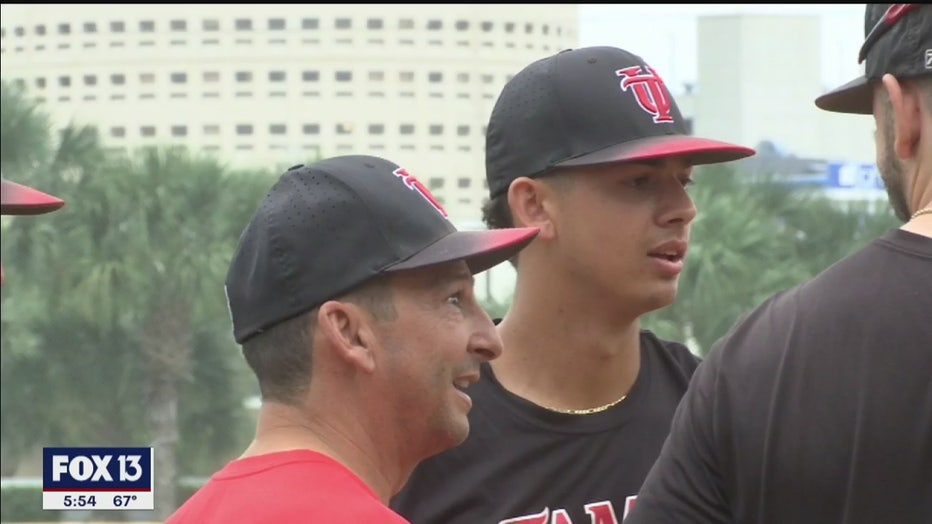 His dad, now coach, added, “He knows what it takes to win here and I'm excited to have him in our program."

JD considered going elsewhere so he could, as he put it, “carve his own path,” but he just couldn’t see himself in any uniform other than a Spartans uniform.

“I mean, I've watched so many games from this field and rooted for the Spartans for so long, it was just going to be so tough playing for a different college team,” JD said. “My heart will always be with the University of Tampa.”

Papa Urso anticipates his biggest challenge will be setting the team lineup before each game.

“Obviously he's going to look up and be disappointed when his name is not in there,” Coach Urso said. “I'm sure, and when it is in there, other guys may look like, 'I may deserve a shot over him.'”

There’s also the assumed pressure that comes with being the coach’s son, but JD seems OK with it.

“We're chasing the same goals. We've got the same dreams and the same aspirations,” JD said. “[If] everyone works hard and stays out of trouble, [there will be] no problems.