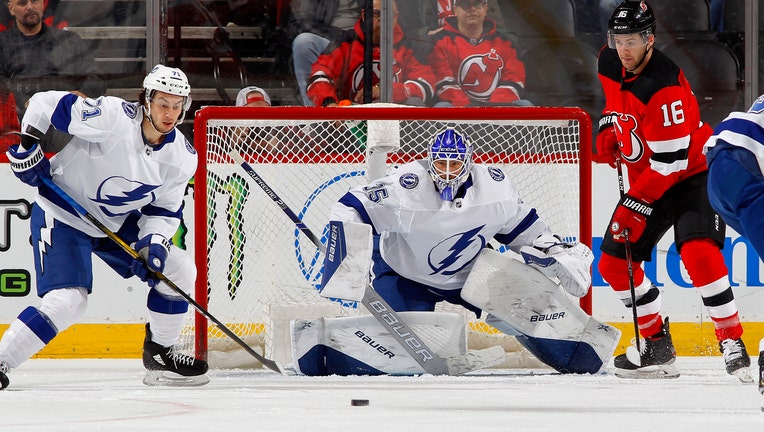 NEWARK, NEW JERSEY - JANUARY 12: Curtis McElhinney #35 and Anthony Cirelli #71 of the Tampa Bay Lightning defend the net against Kevin Rooney #16 of the New Jersey Devils during the first period at Prudential Center on January 12, 2020 in Newark, New

Travis Zajac, Andy Greene and Miles Wood scored for the disappointing Devils, who fired general manager Ray Shero less than two hours before the start of the game. New Jersey made the playoffs once in his four-plus year tenure.

Tyler Johnson scored for the Lightning, who tied their consecutive wins record on Saturday with a 1-0 win over Philadelphia. Curtis McElhinney made 17 saves in getting the start in place of Andrei Vasilevskiy, who had shutouts in the last two games.

The 10-game winning streak tied the New York Islanders for the longest this season.