DeVontres Dukes makes the most of going undrafted

TAMPA, Fla. - Seven rounds of the NFL draft came and went. Two-hundred and fifty-nine names were called, and by the end of it "DeVontres Dukes, wide receiver, South Florida" was not one of them.

Dukes' certainty that he would eventually get a call as an undrafted free agent failed to calm his anxiety and frustration. He put his phone away, went outside, and began reading Mind Hacking, a guide to strengthening mental health.

"After that, I started to calm down and really not focus on what happen with the draft," Dukes said. ''Out of nowhere, my mom comes running, and she says, 'Your phone is ringing!'" 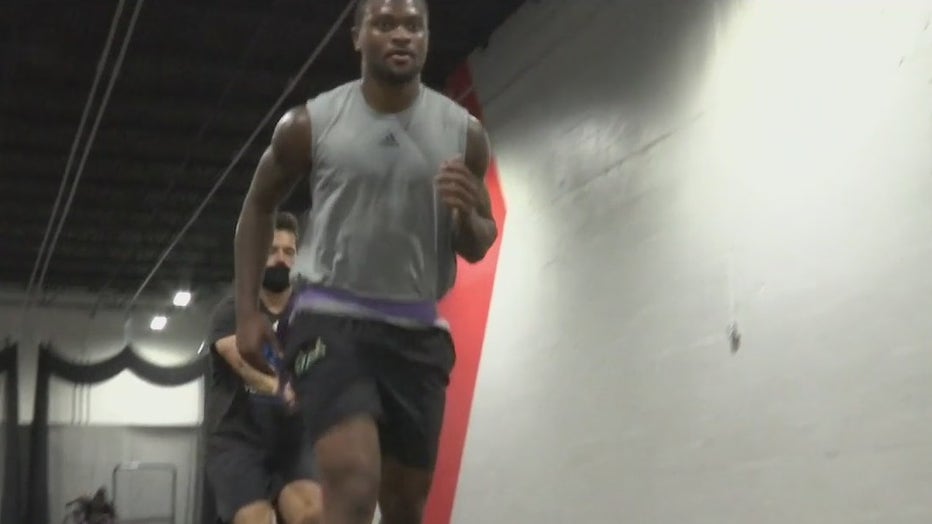 DeVontres Dukes works out at USF ahead of leaving for Denver

"I see (it was) a Denver number," Dukes said. "(The scout) was just like we want to bring you in, sign you, and make you a Denver Bronco."

Dukes was able to get over not hearing his name called in the draft quickly. Having a shot with Denver in training camp helps, but the pain of going un-drafted is nothing compared to what he went through in 2018. Dukes had been suspended from the USF football program for violating team rules. At that point he even considered giving up football.

"I feel like I let [fans, family, and friends] down," Dukes said. "I was really just thinking, 'Am I good enough? Should I just get a regular job?'"

"That time was really depressing."

Dukes realized being away from football was the real root of any depression he may have experienced. He returned and is now coming off a career season in his final year with the Bulls. However, he's only gotten over going undrafted to a certain point. There's still a chip on his shoulder.

"I'm going in with the mindset of 'I'm the best receiver there,'" Dukes said. "I'm going to make sure they know who I am."

"The goal is to be around for a very long time and make sure that all the 31 teams that passed up on me realize 'Man, we really passed up on a good one.'"