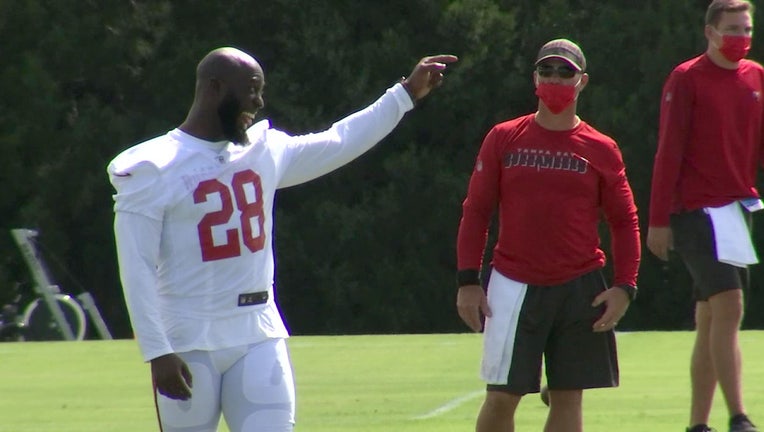 TAMPA, Fla. - It’s game week for Tom Brady and the Buccaneers. They’ll kick off Sunday against Drew Brees and the Saints with a ton of star power on the field, including Leonard Fournette.

PREVOUS: Stars line up for a chance to play with Brady-led Buccaneers

The Bucs’ newest addition was at practice Tuesday, rocking the number 28 for the Bucs.  Bruce Arians says he'll be contributing Week 1, with no easing in for the running back.

Fournette had many options outside of joining the Bucs, but he said coming here made perfect sense, and he now has something, he's never had before.

“For the first time in my life, I really have a quarterback. So that’s the outlook for me. Not a lot of pressure is going to come on me,” Fournette said. “I’m happy to be back there with one of the greatest, well the greatest, that played this game.”