In his first season with the Cowboys, Jayce Nixon has thrown for a ton of yards. In fact, he's thrown the most of any quarterback in the sunshine state with 3,066 yards and counting.

The sophomore transferred from Zephyrhills Christian drawn by the Cowboy's solid track record of producing D1 quarterbacks. Even with two of their top wide receivers out for a good part of the season, Nixon has shined.

READ: Lakewood's Garcia finds love for coaching on the gridiron

"You know as a quarterback you want to throw the ball," Nixon told Fox 13 Sports. "That's what we do air it out here. We joke around we call it the Gaither Air Show." 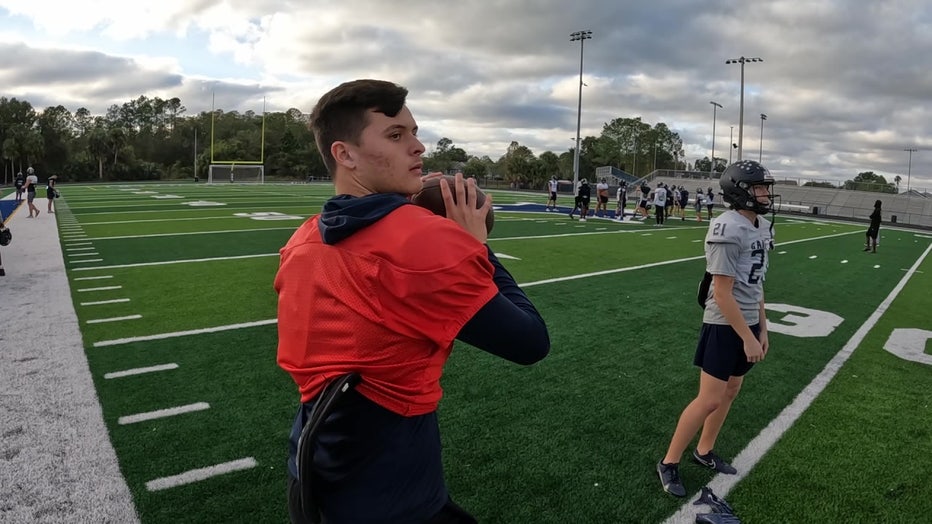 Gaither quarterback Jace Nixon is now the number one passer in the state.

Gaither has produced some pretty good quarterbacks under Coach Karsen with five earning D1 scholarships, but it was a former cross-town rivalry quarterback Chris Oladokun, who's with the Kansas City Chiefs who Jayce early this year and saw something very special in the Cowboys new quarterback.

"He looked at me and went 'this guy is going to break every record that you've ever had here' and I go yeah I think he is. I remember the first time throwing with him," recalled Florida Gator commit and Gaither senior Eugene Wilson III. "It was right after my quarterback from last year left and everybody was freaking out. Just seeing the flick off his wrist as a freshman at the time I knew he was the guy." 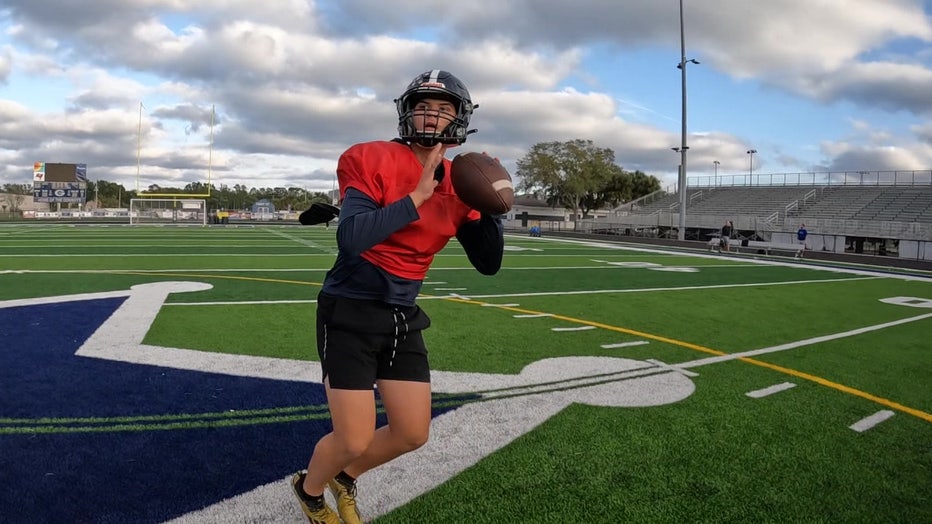 In his first season at Gaither Jace Nixon has thrown 3,066 yards and counting.

Nixon is already on the radar of college programs earning offers from Jacksonville State coached by Deion Sanders and the University of Maryland with many over DI programs showing interest. With two more years of high school football Nixon just wants to enjoy this time while building on his achievements.

"Always keep building, said Nixon. "Number one is the state and hopefully it stays that way throughout junior and senior year. I've got some guys that are in my class or a year above. So to be able to keep that camaraderie would be special."

Beating Jesuit would be the next big step toward a state championship.

"With this group, I think we really have a chance to do it," stated Nixon. "One game at a time and right now Jesuit is stopping us from that goal."