Meet a social media star behind the Bucs

TAMPA, Fla. - Even before the Tampa Bay Buccaneers hit the field on game day, Jill Beckman is taking the reins on the team's social media profiles. She gives fans an all-access pass, in real time.

"I'm getting clips of all the players coming in, walking into the stadium. I'm capturing content, running around the field, getting everything I can and then choosing the best clips to post. I'm going down the field and capturing the post-game celebrations," said Beckman, one of the social media coordinators for the Bucs.

She's part of the team that you don't see. But you may know her work.

"I'm handling most of the live tweeting and Facebook and posting updates for big plays and posting gif, injury statuses, things like that," said Beckman. 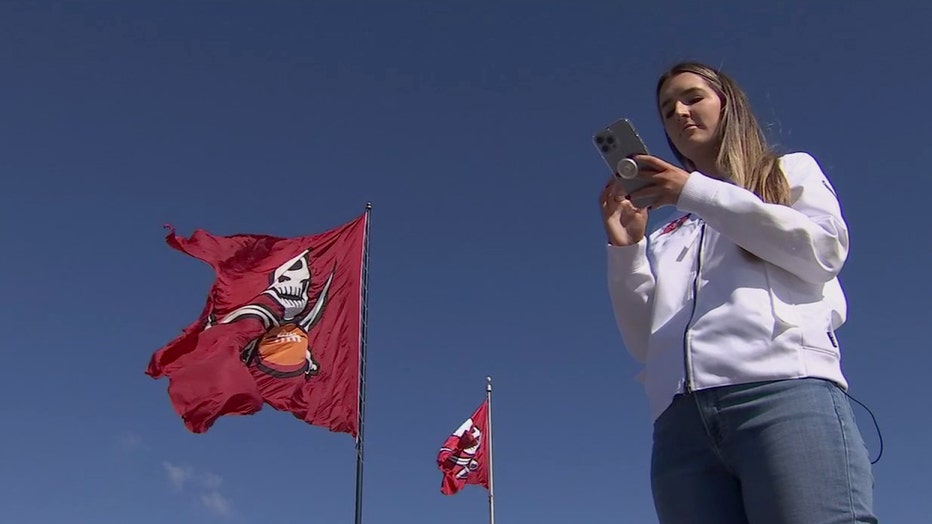 If you get a response from the Buccaneers on social media, you might be chatting with social media team member Jill Beckman

While fans are liking and sharing her posts, she's checking out what they have to say.

"I'm familiar with a lot of our fans and who our super fans are, and we're engaging with them all the time," she said. "I think it's really important to read the comments and know what they're thinking."

She admits there are some players who get her award for social media MVP.

"Antoine Winfield, Jr. is always participating in our camp cam. Devin White, he got his own show this year. Another one, this year especially, is Shaq Barrett. He always has something to say," said Beckman.

And, of course, there's the star power of quarterback Tom Brady and his longtime friend, tight end Rob Gronkowski, who give fans a look at their lighter side in their popular online segment "Tommy and Gronky." 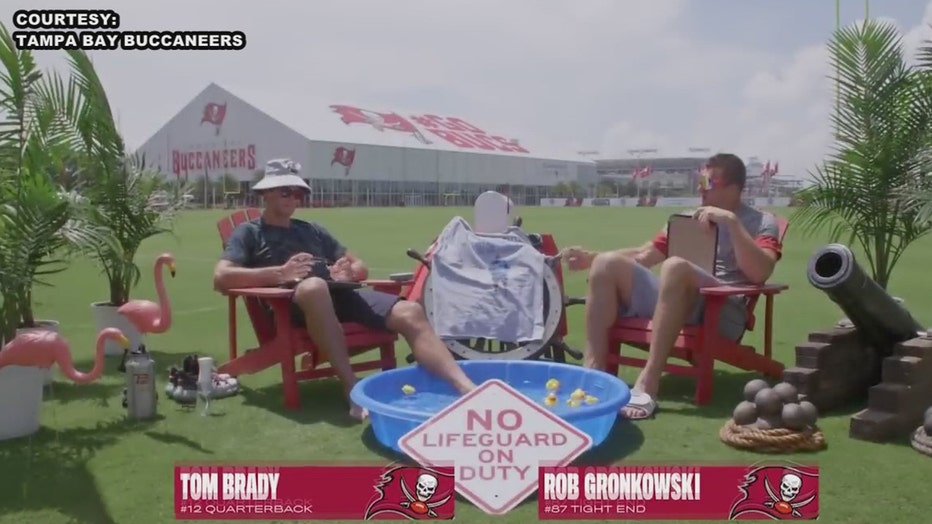 "The ‘Tommy and Gronky’ posts have done really well because it's two of the biggest names in sports and they're sitting down, having fun, and it's relatable to fans. Ever since he came to Tampa, he's just, like, Tampa Tommy. He's just fun and more relaxed and we love seeing that side of him. I'm capturing some behind-the-scenes content, just on my phone, that I could post on TikTok or a different platform, that's kind of showing the less polished view of the show," said Beckman.

The social teams of Champa Bay will often show support for each other.

"We have our #TeamTampaBay and just engaging with their posts and having them engage back, it's always a lot of fun," said Beckman. 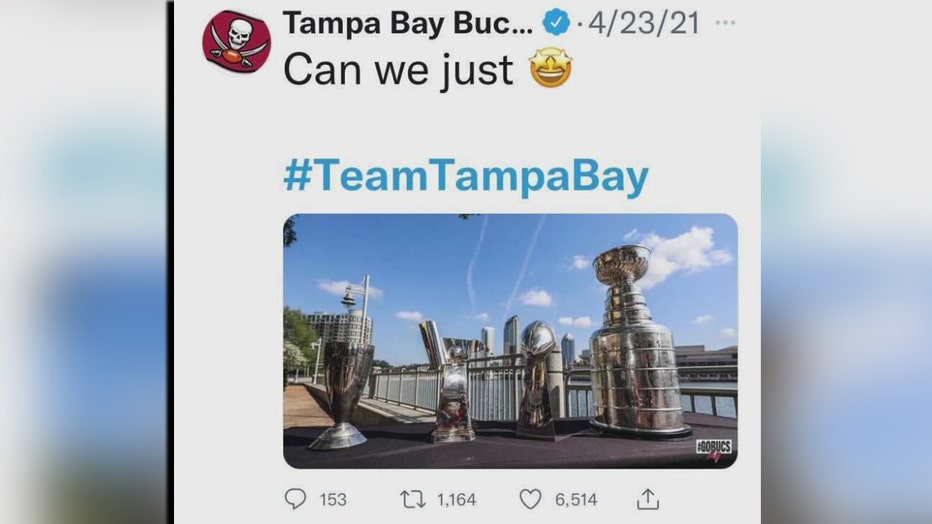 It's the days when the Bucs don't come up with a win that are hardest.

"It's obviously more fun when you're winning and the content comes more easily because when you're losing you're really having to dig for the content and you still have to post even when you lose," said Beckman.

She's rowing the social boat for the team and glad to bring Bucs fans along for the ride.

"It's really fun to engage with them and talk to them and it's like, obviously I work for the team, but I'm a fan of the team as well, and so we're kind of just like a big community," said Beckman.