TAMPA, Fla. - Tom Brady is used to winning and winning early. In his last five seasons, Brady helped the Patriots to three undefeated records in the first quarter of the season. The question is, can Brady have a similar start with a whole new team that didn't have a normal preseason?

"I think we realize there’s going to be a learning curve associated with how to get up to speed and how to be our best,” said Brady. "I think we’re putting in the time every day to try and make those corrections and try not to make corrections day after day after day, but to learn from our mistakes so we can be better the next time we take the field.”

A six-time champion, Brady has won as many Super Bowls as the Buccaneers have playoff wins over their 44 seasons. They have finished last in the NFC South seven times in the past nine years.

While Brady has missed the playoffs just twice in career, he's not about to make any predictions.

"This is the first time this 2020 team has had a chance to perform and compete together,” said Brady. "There’s a lot of different parts. Some guys are going to have great years [and] some guys are going to have years they wish may have [been] better. We have to figure out quickly what we can repeat consistently at a very high level to beat good football teams. You don’t know it until you go do it. Everyone can hypothesize, predict and so forth, but we get a chance to actually go out there and do something about it.” 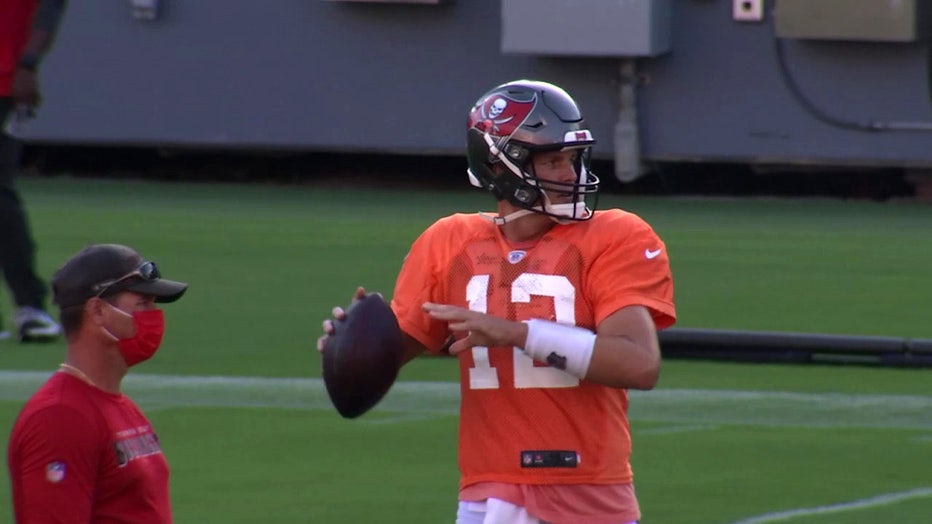 Jameis Winston lead the NFL with 30 interceptions last season. In comparison, Tom Brady, who has a shown a propensity for protecting the football, hasn't even thrown than many in his last four seasons combined.

"I think being a good quarterback is making good decisions [and] understanding risk [versus] reward,” Brady offered. "I do have the football, so the team trusts me to do it and I’ve really enjoyed working with B.A. (Bruce Arians) and understanding how he sees it, and with Byron [Leftwich]. It’s been a lot of fun. I’m working hard to get up to speed with everything and I think we’re all excited to be able to compete against a real team [and] understand that nothing’s going to be perfect for a long time. But, we’re going to work our tails off to get it right.”

Sunday, the Bucs are banking on Brady being Brady.

The Buccaneers open their season against the division-rival Saints in New Orleans this weekend. You can catch America's Game of the Week on FOX, Sunday at 4:25 p.m.