This team had reeled of 21-straight wins before losing in the Hillsborough County tournament – by 2 points – just before the playoffs. It was wakeup call that got their minds right.

"He got our heat check against Alonso," said senior forward Trevor Dyson. "It was 50-52. It was a great game. We lost that game and I guess that was really our time to dial in. We really had to understand what our season meant to us."

Wharton comes into the 6A final four having outscored their playoff opponents 311 to 180. They held the last team to just 11 points. This is team is playing together.

"They are just coming together," said head coach Tommy Tonelli. "Every game, every practice they just come together that much more as a team." 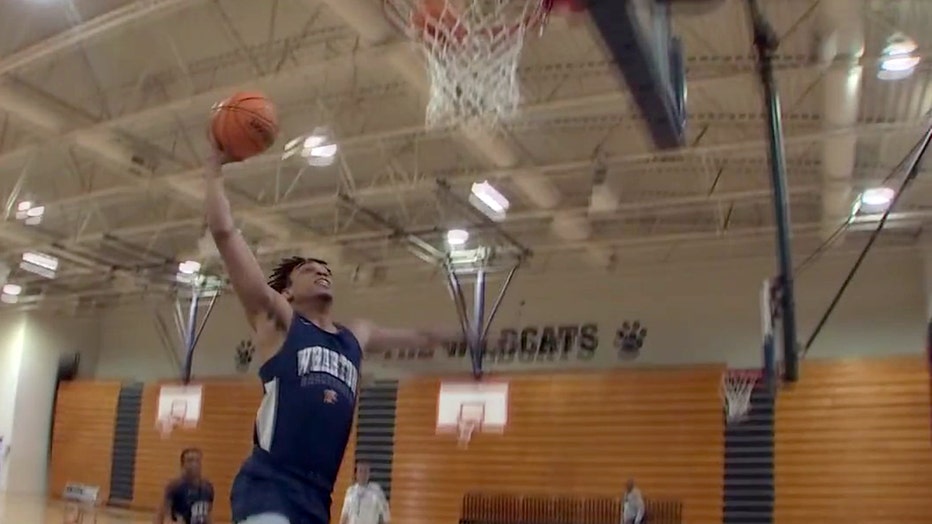 It's already been one special season for head coach Tommy Tonelli, who's one of the winningest coaches in Tampa Bay. Earlier this year he won his 500th victory.

The only thing that can top that is finishing off the season with the schools first state boys basketball championship.

"It's so hard to climb that mountain," said Tonelli. "There's a lot of good county teams, in Hillsborough County that aren't playing that I know are really good teams. We're just happy and fortunate to be still alive. We want to do the best we can."

The Wildcat seniors want nothing more than to be the first players to bring a championship to Wharton and to get their coach that elusive state title.

"He's a legendary coach," said senior forward Carlos Nesbitt. "He coaches us to do the right thing. I think he deserves it. We just want to do it for him."