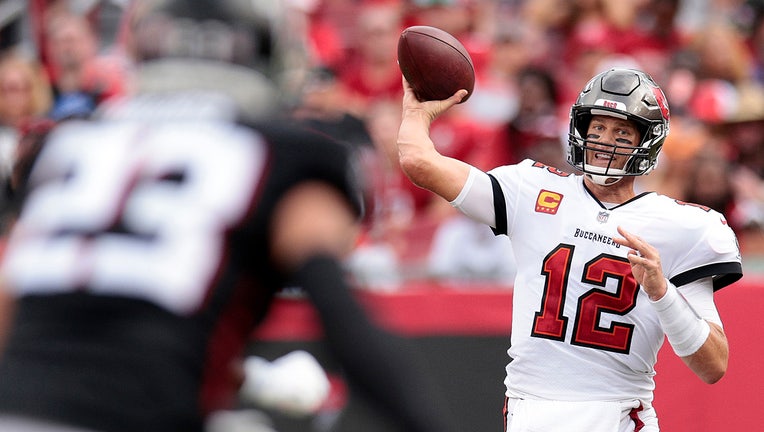 Quarterback Tom Brady makes a pass play in the second quarter of the game against the Atlanta Falcons at Raymond James Stadium on September 19, 2021 in Tampa, Florida. (Photo by Douglas P. DeFelice/Getty Images)

Arians was actually upset with the level of play in the first 30 minutes of football.

"We were a little loose with the ball," agreed Brady. "Some penalties at different times that knocked us out of some scoring drives."

Brady was one that consistently shined from start to finish. He’s the first Bucs quarterback to throw five touchdown passes in multiple games. He leads the NFL with nine touchdowns after just two games,  which is the second-most TD tosses to start a season in NFL history.

Still, Brady thought he could have done even more.

"Offensively it was just, we grinded it out and found a way," said Brady. "Obviously we all wish we could have done some things to be more productive. It was a good team effort."

Brady got just about every one of his all-star weapons involved, completing passes to 10 different receivers.

Brady is on pace to smash the NFL record of TD passes in a season with 76.5, which would eclipse Peyton Manning’s record by 21.  Can he keep up this torrid pace? We’ll just have to sit back and watch.