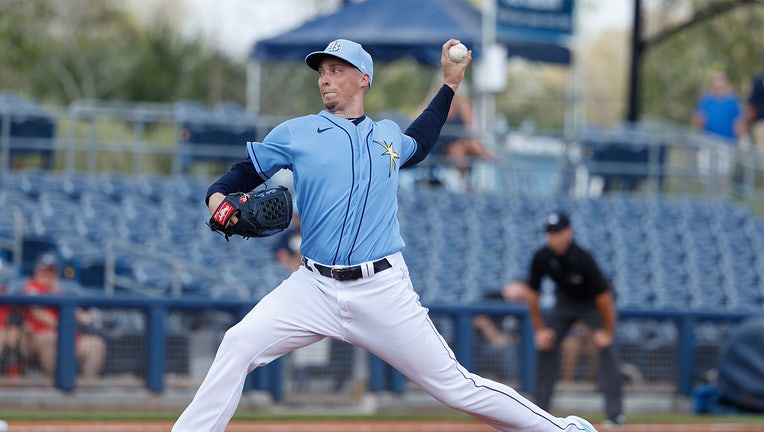 With three years left on his contract, Snell hardly considered that could be his final moment on the mound with the Tampa Bay Rays.

The San Diego Padres, determined to go all the way, just wanted him that much.

The upstart Padres finalized their acquisition of the ace left-hander from the Rays on Tuesday, sending four prospects in exchange for the 2018 AL Cy Young Award winner.

The Rays will receive right-handers Luis Patiño and Cole Wilcox and catchers Francisco Mejía and Blake Hunt — all well-regarded youngsters from a San Diego system that’s been stocking the farm for years. The Padres parted with the quartet for a 28-year-old with World Series experience and youthful confidence that should fit in alongside stars Fernando Tatis Jr. and Manny Machado.

"They’re super exciting," Snell said. "They’re a team that plays with a lot of fun. They’re swaggy and they can swing the bat."

San Diego also acquired top starter Yu Darvish from the Chicago Cubs on Tuesday, giving the ascending Padres two established aces at the front of the rotation as they attempt to catch the Dodgers in the NL West.

"If we’re going to get to that level, that championship level, which the Dodgers got to last year, we’ve got some things we’ve got to work on and we’ll see how things play out," general manager A.J. Preller said Tuesday night. "But we feel like we improved our roster and what was already a very talented roster. We feel like we’ve gotten better so far this offseason." 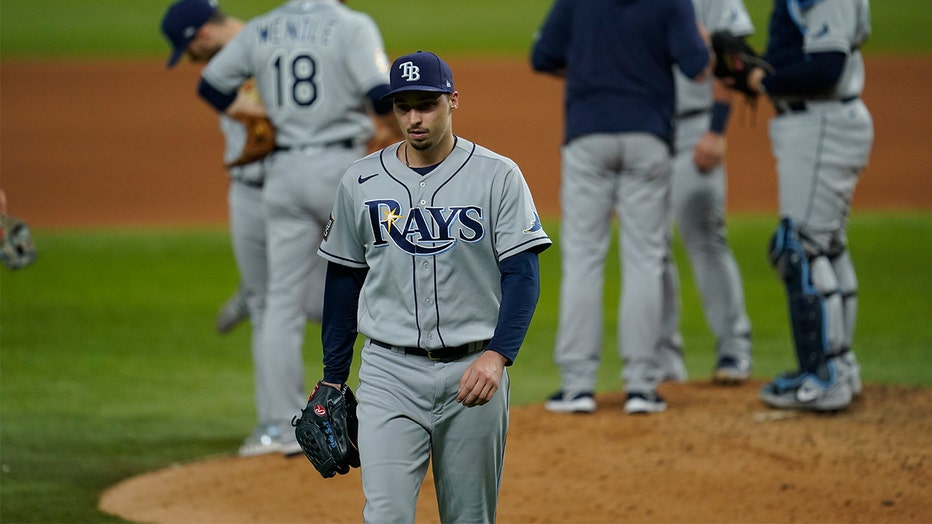 Snell was 4-2 with a 3.24 ERA in 11 starts during the pandemic-shortened 2020 regular season, then went 2-2 with a 3.03 ERA in six postseason starts for the American League champions.

He pitched spectacularly into the sixth inning of World Series Game 6 against the Dodgers before Cash pulled him after 73 pitches. The move backfired when Los Angeles rallied for a 3-1, Series-clinching victory.

Snell stood behind Cash’s decision and reiterated that support Tuesday.

"I respect him and I’ve always trusted him," Snell said. "He knows how to win. We got to the World Series because we won."

It may not have been the final ending they were hoping for, but for at least one night, Winter Haven’s Ellis Allanson and his family experienced more World Series memories than they could’ve ever imagined.

Snell said he was stunned and saddened to leave Tampa Bay. He anticipated the Rays trading him before his contract expired, since the small-budget franchise was unlikely to commit to a new long-term deal. But he hardly expected the move to come this soon.

"The Padres really wanted me and they were persistent and I’m happy about that," Snell said. "But it is something I am sad about."

With a young and talented team that features Tatís at shortstop and Machado at third base, the Padres finished with the second-best record in the National League this year at 37-23 — six games behind Los Angeles — and made the playoffs for the first time since 2006.

San Diego’s injury-depleted rotation was in shambles when the postseason arrived, but the Padres managed to get past St. Louis in the first round before they were swept in three games by the Dodgers in the Division Series.

Mike Clevinger, acquired from Cleveland in August, isn’t expected back from Tommy John surgery until 2022, but the Padres have other quality starters in Dinelson Lamet and Chris Paddack. Left-hander MacKenzie Gore is one of baseball’s top pitching prospects, the jewel of a deep farm system.

"This team can play and we’re going to be chasing a World Series, which is obviously the most exciting piece to this whole thing," Snell said.

Among all left-handed starters in the majors last year, Snell ranked first in strikeout percentage (31%) and sixth in ERA.

"This acquisition is in line with our overall strategy to build a consistently winning ballclub for the great city of San Diego," Padres owner Peter Seidler said. "I welcome Blake to the Padres and know he will enjoy playing for our enthusiastic and supportive fans in 2021 and beyond."

"The Padres really wanted me and they were persistent and I’m happy about that. But it is something I am sad about."

Patiño may compete to take Snell’s vacated spot in Tampa Bay’s rotation in 2021. The 21-year-old from Colombia is among the top pitching prospects in baseball with a hard fastball and plus slider. He made his big league debut in 2020 with 10 relief appearances and one start, going 1-0 with a 5.19 ERA. He struck out 21 but walked 14 over 17 1/3 innings.

Wilcox is a 21-year-old who was taken in the third round of the 2020 draft from the University of Georgia. At 6-foot-5, Wilcox has shown outstanding stuff but has struggled at times with his control.

Mejía, 25, became San Diego’s primary catcher during the 2019 season, when he hit .265 with eight homers in 79 games. A left thumb injury limited him to 17 games in 2020. Mejía has been among the game’s most promising young catchers since making headlines with a 50-game hitting streak in the minor leagues, although questions remain about his defensive reliability.

Hunt is a 22-year-old who spent 2019 in Class A before the 2020 minor league season was wiped out by the coronavirus. He batted .255 with five homers in 89 games for the Fort Wayne TinCaps two seasons ago.