"That’s why I have the ski mask on," quipped Paul. "They're going to give me a big bag to go and beat the guy I already beat. It is a bank robbery."

The event is expected to be the highest-grossing and most-attended "combat sports event" ever at Amalie Arena.

This will be their second bout.  Jake won the first, but arguably Tyron had the biggest moment, nearly knocking Paul through the ropes.  Jake was supposed to fight Tyson Fury's younger brother, Tommy, but he pulled out and Tyron stepped in. 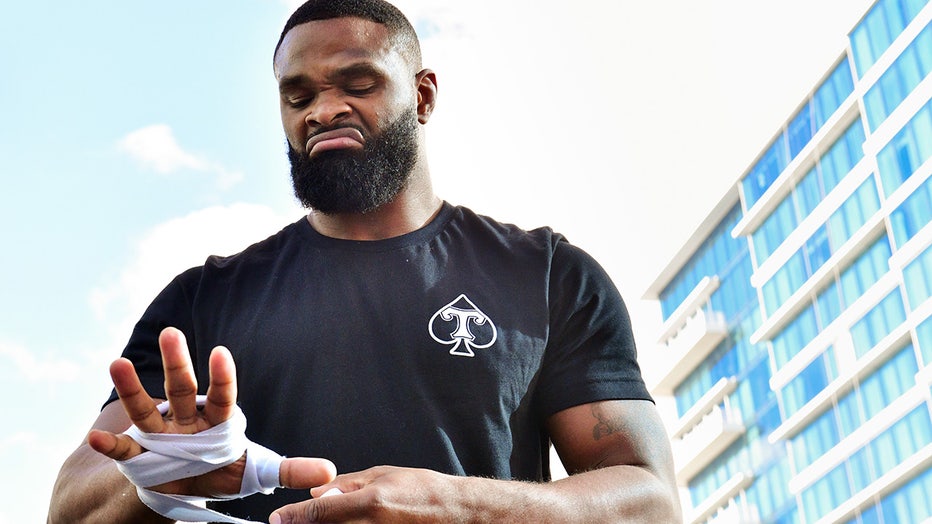 TAMPA, FLORIDA - DECEMBER 15: Tyron Woodley works out during a media workout at the Seminole Hard Rock Tampa pool prior to her December 18th fight against Jake Paul on December 15, 2021 in Tampa, Florida. (Photo by Julio Aguilar/Getty Images)

"I hate that he thinks he can beat me and he can walk around saying he did," said Woodley.

The event will be broadcast live on pay-per-view. 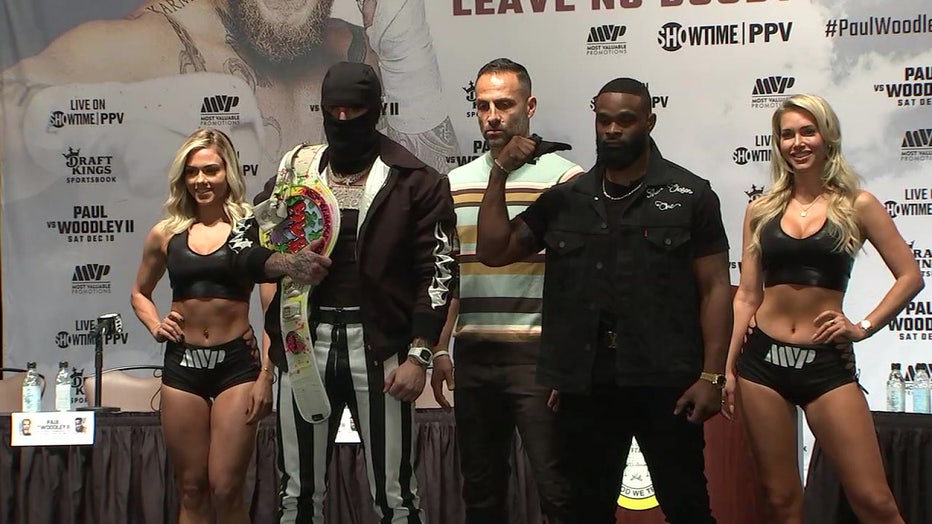