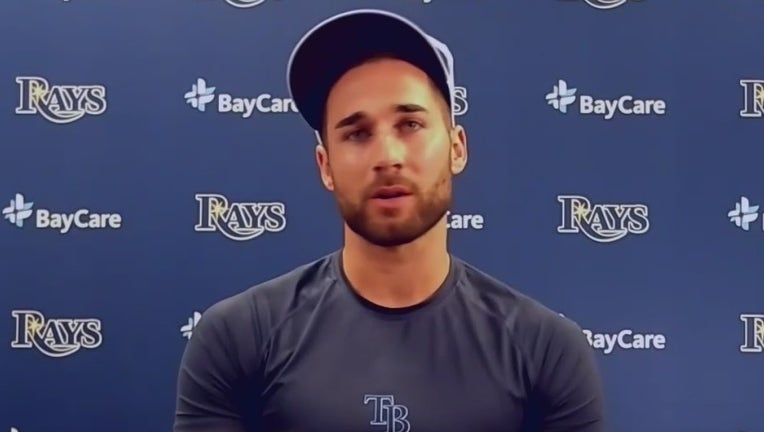 ST. PETERSBURG, Fla. - Kevin Kiermaier remains the face of the Rays franchise and there's no place he'd rather be.

"I am today with this beautiful logo on my chest, and hopefully I can keep it on as long as possible."

This is his ninth spring training with the Rays, and Kiermaier comes to camp not the oldest on the team, but with the highest price tag; nearly twice the salary of the second-highest-paid player, Chris Archer, and that creates a lot of trade speculation.

"You know it will be talked about," said Kiermaier. "I wasn’t walking on eggshells saying, ‘Oh, this might be my last day.’ I can’t think like that, I can’t go about life like that. But I’d be lying if I didn’t say some thoughts crept into my mind, here or there."

Kiermaier also comes to camp as the longest-tenured player on the team and he knows the longer a player is here, the target on their back grows.

So when the trade rumors swirled this winter, he went right to Rays GM Eric Neander.

"If there was an offer they couldn't refuse on, then something might happen," said Kiermaier. "With how everything was working this offseason, as time went on, he said we expect to have you in camp and expect you to help contribute to our team."

The Rays announced that spring training game tickets will go on sale Friday.

The Rays aren't giving Kiermaier any guarantees, but there is no questioning the value he brings the Rays. He's a two-time Golden Glove and a Platinum Glove winner who stepped up big in the postseason last year. He had the third-most hits in the playoffs and knocked out two homers in the World Series.

"People look at my numbers over the years, and say what they want to say," Kiermaier said. "I feel like my mindset has gotten better. Sometimes my numbers are not going to prove that, but I know I’ve matured each and every year."

"I think K.K., year by year, is kind of learning what makes him good and how he is able to complement the rest of our lineup," Kevin Cash said. "A lot of times, young players that come up with a lot of talk and a lot of hype. K.K. might not have come up with that but he established himself very early on as being special and put some pressure on themselves to do more than needed. I think he’s finally recognizing that him being one of the nine in the batting order is more than enough to play his role."

For now, K.K. remains the face of the Rays.