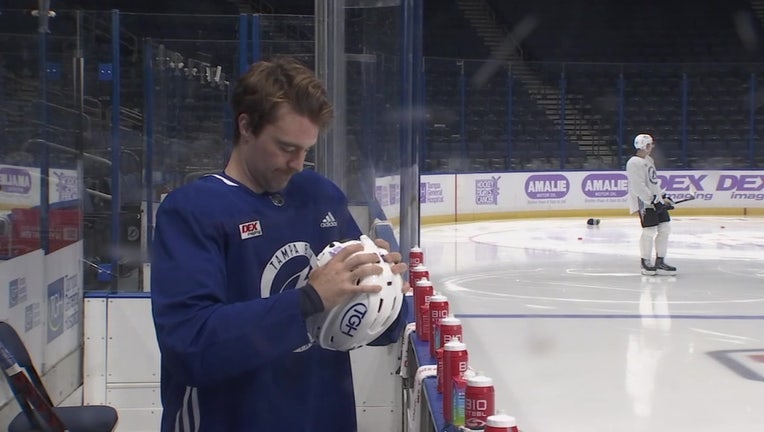 Nick Perbix has been a pleasant surprise for a team loaded with stars.

TAMPA, Fla. - This has been quite the year for Nick Perbix. It started with a spot on the US Olympic team, then came the culmination of his college career, quickly followed up with his pro hockey debut with the Syracuse Crunch in April. This October it got even better with a call-up to the Tampa Bay Lightning.

"If you told me in mid-January what would have come, I would have been like that's a little too much," Perbix told Fox 13 Sports. "Too much for me to believe, but here we are. So I'm just trying to enjoy the moment. Take it day by day."

Perbix has been a pleasant surprise for a team loaded with stars. The defenseman is not known as a scorer, but netted his first goal against Buffalo on November 5th and added two more goals in his next three games.

"Very pleasant surprise," stated Steven Stamkos. "Obviously, didn't know much about Perbs before he got here, but he's starting to realize what he is capable of at this level."

Jon Cooper got to see a lot of Nick Perbix while watching former Lightning assistant coach Todd Richard's son playing against him in college, but Coop didn't fully realize how good he would be until he got into a Lightning sweater. 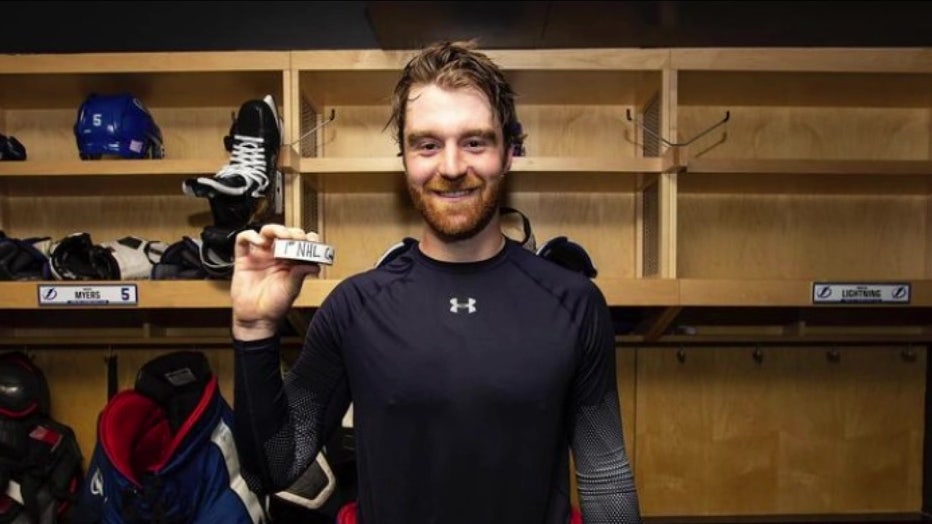 Perbix netted first goal against Buffalo on November 5 and added two more goals in his next 3 games.

"He's new to the NHL, but he's not a kid," said Jon Cooper. "He's probably got a little more maturity than a 19 or 18-year-old coming into the league."

Even though he's 24, Nick Perbix is still a rookie. He's playing on the same like as Mikhail Sergachev, who made his rookie debut seven seasons ago, strangely enough, they're both the same age 24, but Perbix is actually 10 days older.

"Yeah we were kind of laughing about that the other day," said Perbix. "You can see why he's been in the league so long it's crazy." 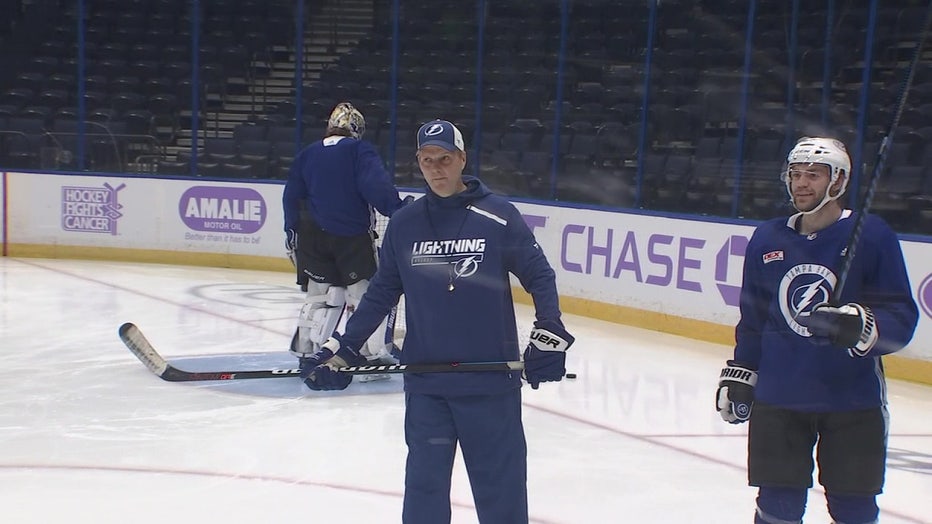 Jon Cooper got to see a lot of Nick Perbix while watching former Lightning assistant coach Todd Richard's son in playing against him college, but Coop didn't fully realize how good he would be until he got into a Lightning sweater.

"Everyone matures at their own pace I guess," shared Stamkos. "Sergy was a young guy who came into the league. Perbs took a little different route, but they're both here now."

Perbix is paired on the backend with Mikhail Sergachev, who saw his talent immediately.

"I kind of knew right away that we were going to have a new guy on the backend and I was really excited to play with him," said Sergachev. "He's very smart. He delivers the puck to the right guys. He passes it to me too and breaks the puck out well. He's very fun to play with."

Perbix is doing everything to earn a spot to stay.