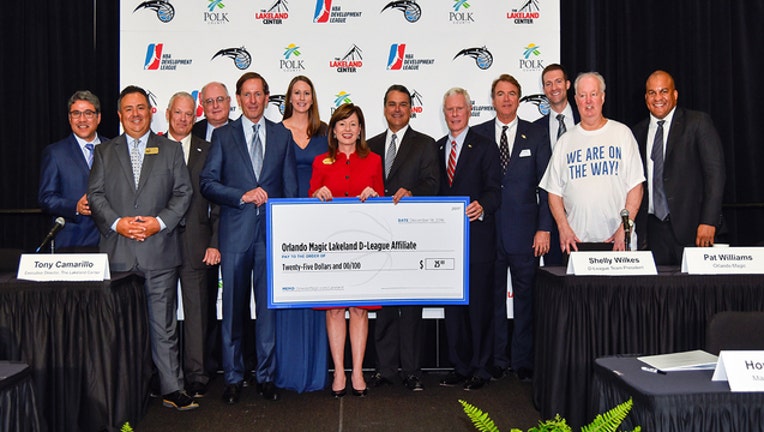 ORLANDO, Fla. (AP) - The Orlando Magic have purchased the NBA Developmental League's Erie BayHawks and will relocate the team from Pennsylvania to Lakeland, Florida, beginning with the 2017-18 season.

The Magic and the NBA D-League announced the move Wednesday morning in Lakeland. With the purchase and relocation of the team, the Magic becomes the 17th NBA team to own and operate a NBA D-League franchise.

By moving the team 55 miles from downtown Orlando, the Magic will have greater flexibility in getting some of their younger players meaningful playing experience. Rookie center Stephen Zimmerman has spent limited time with the Erie BayHawks this season.

The NBA D-League team will play its 24 home games at The Lake Center and a future practice facility is being planned in Winter Haven, Florida.