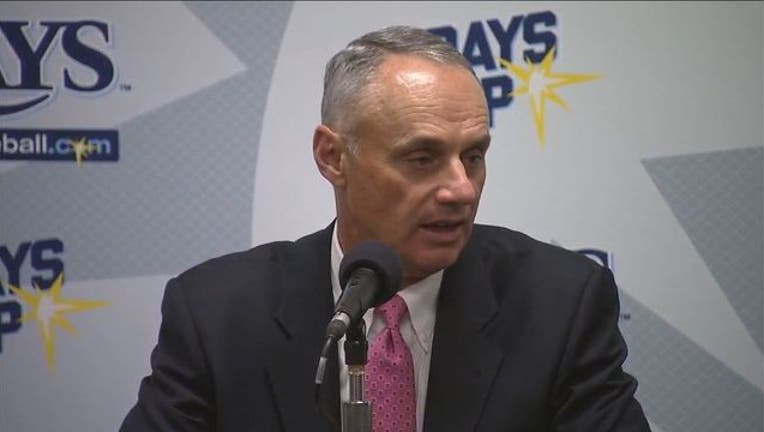 Rays Principal Owner Stuart Sternberg has been working for nearly a decade to get a new stadium for the club and signed a three-year agreement with the City of St. Petersburg early in 2016 to search for a site in the Tampa Bay area. Manfred wants that search to pick up some steam.

"I think it's fair to say we want the process to take on a better pace moving forward," Manfred said Wednesday night at Tropicana Field, home of the Rays since their first season in 1998.

The Rays were averaging 15,815 fans per game before Wednesday night's contest against the Toronto Blue Jays. That is just over half the major league average of 30,470. Tropicana Field and its location have been almost universally blamed as the reason for the poor attendance. Paid attendance Wednesday was 8,264, the lowest for a Rays home game since 2006.

"I've been pretty clear that they need a new facility here, a major league quality facility in an A-plus location," Manfred said. "It is time to move that decision to the front burner here in Tampa."

The matter of how a stadium would be financed has been tabled until a site is determined, but Sternberg continued to express confidence in the Tampa Bay market.

"I've had the opportunity to bail on it many times over the years," he said. "I won't say this is a slam dunk, it's certainly not. But I think we can do something that'll at least double our attendance. That's a lot to ask for."

Manfred said Major League Baseball "doesn't have a firm timetable" for what steps to take if the Rays fail to get an agreement to build a new stadium in the Tampa Bay area, but but added that "it is a topic of discussion in the industry, the lack of progress."