TAMPA, Fla. - LeSean McCoy has watched both Patrick Mahomes and Tom Brady up close the past two seasons. And he has a slam dunk comparison for the star quarterbacks.

"I’m a huge Kobe Bryant and Michael Jordan fan, and that’s the best way I can look at it," the Buccaneers running back said.

"You look at a guy like Brady and he’s like Jordan — established, older. He don’t Air Jordan dunk anymore, but he’s beating you with the fadeaway. I think of Pat as the young Kobe. Like, he’s coming. The league’s aware of him and he’s making plays."

McCoy spent last season with the Chiefs and Mahomes, helping them win the Super Bowl. He signed with Brady’s Bucs during the offseason and is back in position to win another.

He sees obvious differences in the 25-year-old Mahomes and 43-year-old Brady, but also major similarities in their hunger for greatness.

"They both are competitive, extremely competitive," McCoy said. "They always want to win at any cost. They have that superstar quality to them. I think that Pat’s younger and Brady’s older, more established, so successful, and I think Pat is chasing that. I think he’s on the verge of being the next Brady. I love to watch them lead but lead differently, but they all have the ultimate same goal — they want to win." 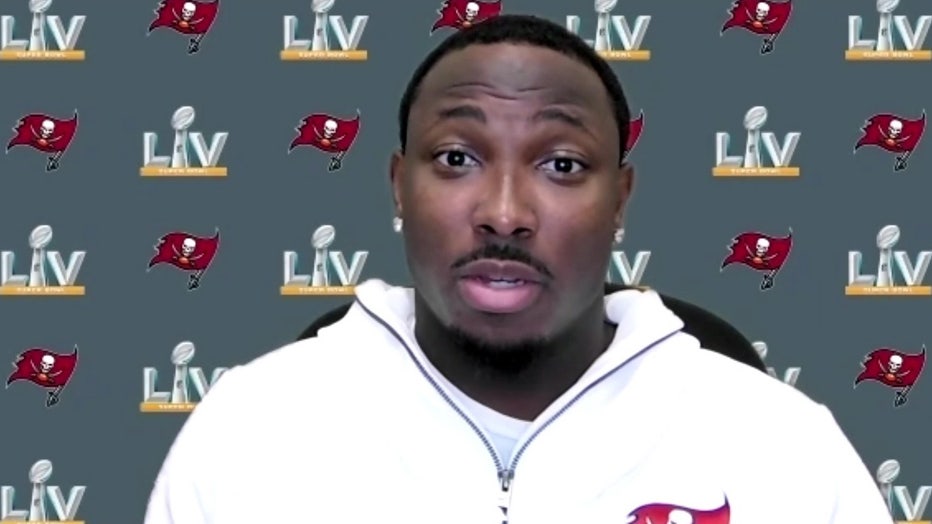 McCoy is also impressed how both can be critical of their own play even during victories, with a passion to be perfect.

"I’m blessed to see that, I really am," McCoy said. "In like 10 years or something, I’ll be saying like how Pat is the new Brady."

Tampa Bay coach Bruce Arians will have a special cheerleader for his Super Bowl debut as a head coach on Sunday.

His 95-year-old mother, Kay, is making the trip down from Hanover, Pennsylvania, where she lives with her best friend and caretaker.

"We’re flying her down with my brother and sisters that are coming and doing everything we can to make sure she is safe from COVID and has a great, great time at the Super Bowl," Arians said Tuesday. 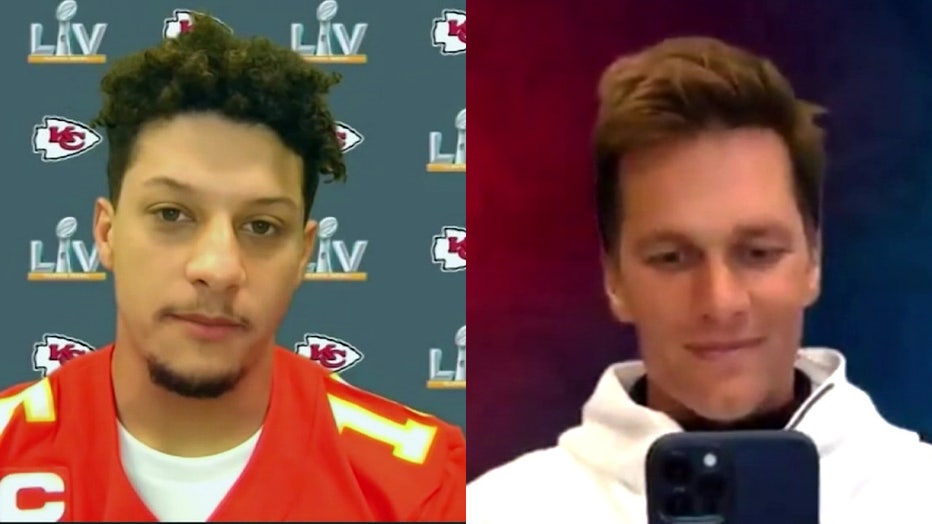 It was hardly surprising that Patrick Mahomes would be a talented baseball player growing up, given his dad was a journeyman pitcher in the big leagues. The younger Mahomes threw in the mid-90s on the mound, was even better as an outfielder, and was drafted out of high school by the Tigers in the 37th round before heading off to college.

He played football and baseball as a freshman at Texas Tech before — and this might have been the surprise at the time — sticking with the pigskin, where he developed into a standout quarterback and first-round draft pick.

Fast-forward to this year, and Mahomes could bag his second Super Bowl in three years as the Chiefs’ starting QB.

Even Brady has lessons to learn from QB coach Christensen

Tampa Bay Buccaneers Quarterbacks Coach Clyde Christensen is so gracious in his leadership, he should be known as Clyde the Guide.

THANKS FOR THE PENSION

You see, Kafka was a journeyman QB who’d bounced through New England, Philadelphia and Jacksonville before catching on as the backup to Josh McCown and Mike Glennon for the 2014 season in Tampa Bay. Kafka had appeared in four games with the Eagles, but had not reached the number of active games required to become a vested veteran in the NFL.

Then, McCown hurt his thumb, and Kafka became the primary backup for a couple of games.

"I needed two or three more to get vested," Kafka recalled, "and Josh came into the quarterback room one morning and me and Mike were talking about it. I was like, ‘How’s your thumb feeling?’ He said he was fine, he was probably playing, and I was like, ‘Darn, I’m so close.’ He went right up to Lovie Smith’s office, came back and was like, ‘It’s done. You’re going to get it.’

"That was one of the most important things for me to get that vested tag," Kafka said, referring to the pension and other benefits it entailed. "That just speaks to Josh as a person, that he was able to do that, and the Bucs organization for allowing that to happen as well."

LSU has more active players in this Super Bowl than any school. There are six former Tigers, three on the Chiefs and three on the Buccaneers.

"It means a lot. It shows the work we put in at LSU is paying off," Williams said. "LSU is a big school, a big stage and we got this opportunity to play on another big stage. Wish success for all those guys. This is a big moment for all of us."

Williams and Fournette were freshmen together in 2014. Williams stayed four years while Fournette left school after his junior season and was chosen by Jacksonville with the No. 4 overall pick in the 2017 draft.

"That is crazy that we came in together at LSU and now we’re both playing in the Super Bowl," Williams said. "It just shows the hard work we put in at LSU is paying off."

Clemson, Iowa, and Michigan will each have four former players in the game Sunday.