Weiss says USF’s new offense was worth the wait

"I don't know about you guys, but we had a lot of time during the lockdown," Weis joked with the media. "That was a great time for Coach (Jeff) Scott and I to combine our heads."

The brightest spot thus far has been the offensive line; a breath of fresh air considering that unit allowed the sixth-most sacks in the country in 2019

"I think we have one of the best lines in the conference," junior offensive lineman Donovan Jennings said. "I'm confident in that." 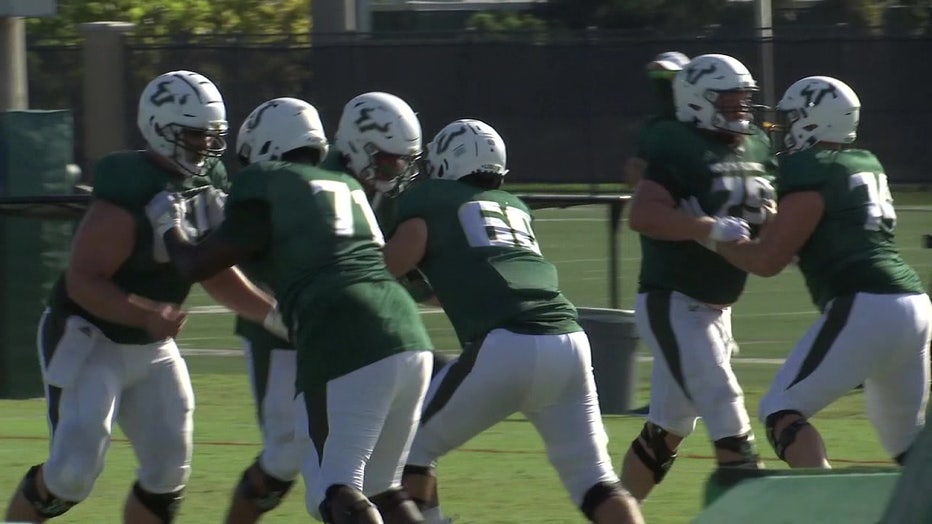 Quarterback Jordan McCloud returns after starting all 12 games as a freshman. However, Weis foresees utilizing McCloud, along with transfers Noah Johnson, and Cade Fortin in some capacity.

"All three have different skillsets and different abilities," Weis said. "I think we can use all their different strengths in different ways."

The best part for Weis in his new job in Tampa is sharing what made his offense at Florida Atlantic (14th in scoring in 2019) so successful with first-year head coach Jeff Scott. Scott, formerly the Clemson offensive coordinator, led the Tiger offense to account for two national championships in four years. 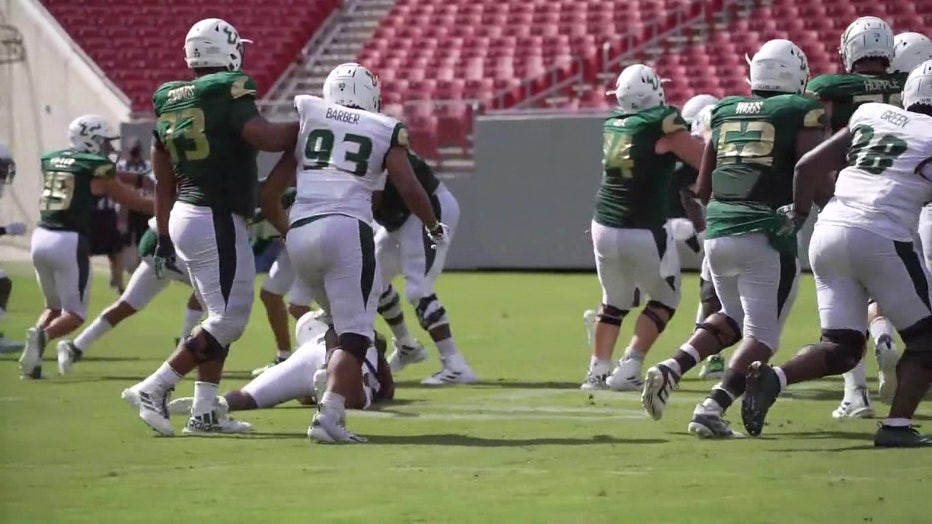 "It's really cool because you have two people who are looking at offenses that have had a lot of success historically and getting fresh eyes on them two," Weis said. "(It's) not the southern Clemson offense, or what I've done in the past."

"He's an extremely intelligent guy, and he knows what he's talking about so that's been a blast."