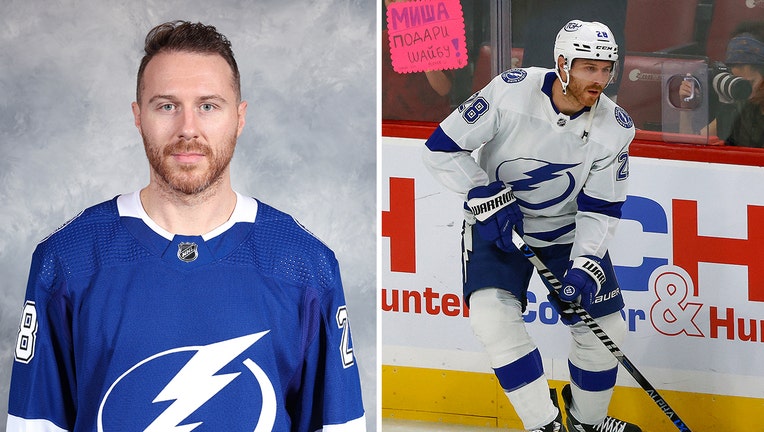 NEW YORK - The NHL said Saturday it found no evidence to substantiate allegations posted on social media against Tampa Bay Lightning defenseman Ian Cole and has concluded its investigation.

The league said it was unable to make contact with the anonymous source of the Oct. 7 social media post in the investigation conducted by its Security and Legal departments.

"I’m grateful for the opportunity to respond to and refute the anonymous allegations made against me, which I categorically deny," Cole said in a statement released by the team in announcing his reinstatement. "I’m looking forward to returning to the ice with my teammates and will have no further comments on this matter going forward."

The Lightning suspended Cole on Oct. 9 pending the investigation into the allegations that he sexually abused a woman when she was a minor.

Among the allegations posted anonymously to Twitter by an account created last month, the person said Cole pressured her into having sex multiple times when she was a minor after he had reached the NHL. In the posting, the person accused Cole of emotional and sexual abuse.

The NHL said the investigation included two separate interviews with Cole as well as interviews with NHL club personnel and other individuals with potentially relevant information. It added it also included a detailed review of on-line and social media, public data, and court records and law enforcement checks.

"The organization takes these accusations very seriously and supports the conclusion from the NHL investigation," the Lightning said in a statement. "We look forward to Ian returning to the team and appreciate his full cooperation throughout the process of this investigation."

"We are pleased that the situation with Ian Cole is now resolved and that the NHL has closed the matter," the NHLPA said. "However, players should never be subject to suspension or discipline in response to unsubstantiated and anonymous accusations. Removing a player from his team under these circumstances is inappropriate and grossly unfair. We are engaging the League in discussions on how to address similar situations in the future."