The University of Tampa baseball team has reached the NCAA tournament for 20 straight years.

TAMPA, Fla. - The University of Tampa baseball team has reached the NCAA tournament for 20 straight years. UT is hosting a super regional this weekend against Rollins College with a trip to the Division II World Series at stake.

"It showed how much pride these guys have in the University of Tampa's baseball name," said UT baseball's Head Coach Joe Urso. "They just overcame it."

UT's season was about to come to an end on Sunday against Nova Southeastern in the regional final. Southeastern had the winning runner on third base in the bottom of the ninth inning with one out. Everything changed for the Spartans when they pulled off a play taught to them from Rays outfielder Kevin Kiermaier, who has spent the last nine years in the offseason working out with the Spartans. 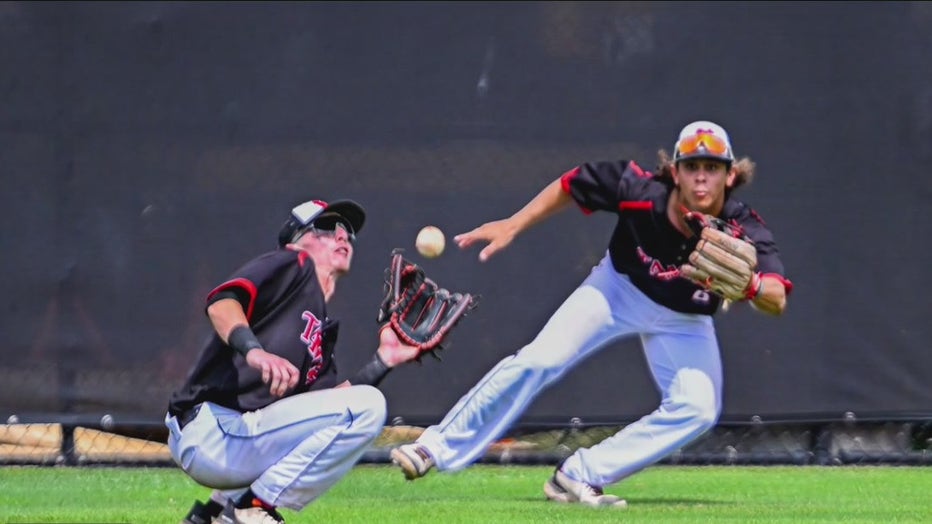 "The outfielders all got together before they walked out onto the field for that inning, and they go 'if we need to use it we're using K.K.'s play," said outfield coach Nick DeTringo.

The Spartans literally snatched a victory from defeat, delaying a catch caused the runner to leave the bag early. The Spartans get a double play out of it, and it gave them a chance to win in extra innings. They did in the 12th.

"Act like a normal pop fly and right when it's about to hit your glove drop down into a crouch like squatting position," described left fielder Jordan Lala.

"Our outfield coach said yes, 'we work on that', said Urso. "I'm like what do you mean work on that? He said K.K. taught us this."

It's a play that Kiermaier practices every day, but has never used.

"K.K. Facetimed me the next day," said Urso. "He said it was the best message, voicemail that anyone has ever left him with the outfielders and me screaming and hollering 10 minutes after this 'W'."