Gronkowski can draw from his own experience. He retired from the NFL after the Patriots won Super Bowl LIII and explained that it was the dramatic injuries he was battling that made him decide to walk away from the game. He was gone for a year but then was traded to the Buccaneers after Tom Brady signed with the team.

The tight end told ESPN on Monday why he thinks Edelman may have a change of heart on retirement.

"Jules was an unbelievable player and he literally gives it his all for his teammates," he told the sports network, "I just wish the best for Julian to heal up. Obviously, in his little press conference thing, he said he was going to go until the tires fall off and he sure has. So I’m hoping he heals up. I want the best for him. I’ve been in that situation before."

The old adage goes that time heals all wounds and "Gronk" thinks that is exactly what Edelman needs -- time. 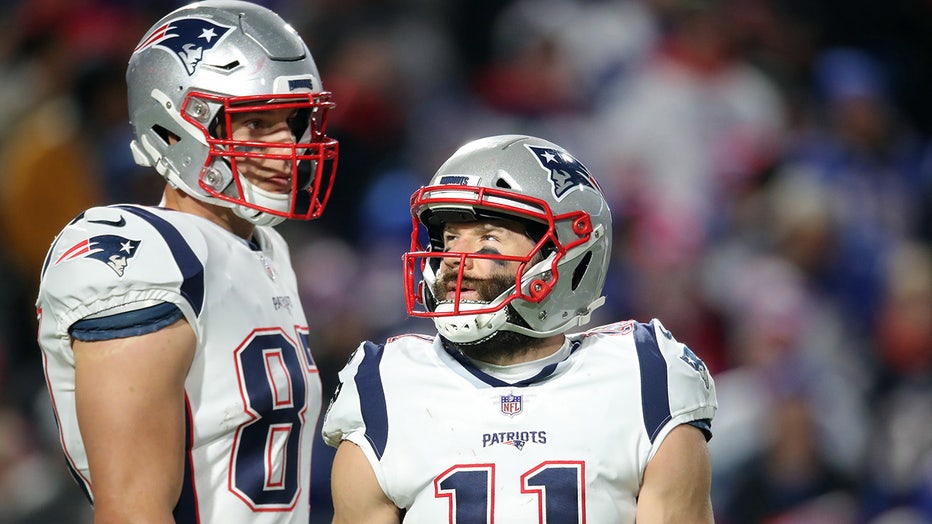 TOM BRADY OPENS UP ABOUT RETIREMENT, LIFE AFTER FOOTBALL: 'I’M A LITTLE FEARFUL OF IT ENDING'

With Edelman on the video conference call, comedian Kevin Hart jokingly wondered how the Super Bowl LIII MVP was going to announce his comeback but didn’t get any substantial answers out of Edelman.

Brady and Edelman were teammates from 2009 to 2019 before Brady jetted off to Tampa. Edelman only played in six games in 2020 due to injuries.

Edelman announced his retirement on April 12.

"Nothing in my career has ever come easy, and no surprise this isn't going to be easy either," Edelman said. "I always said I'll go until the wheels come off, and they finally have fallen off. Due to an injury last year, I'll be making my official announcement of my retirement from football. This was a hard decision, but the right decision for me and my family. And I'm honored and so proud to be retiring a Patriot."

Ryan Gaydos is the sports editor for FoxNews.com. Follow him on social media @Gaydos_