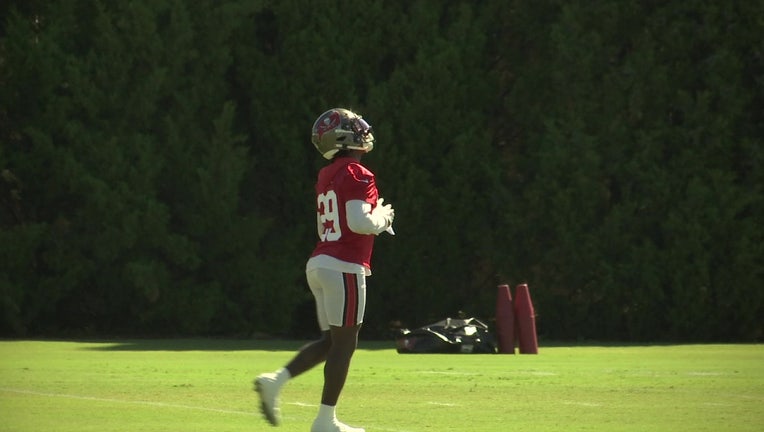 TAMPA, Fla. - For Tampa Bay Buccaneers' Rachaad White, easing his way into his first season in the NFL has been key to his success.

"For me, it's been a lot of a learning experience just seeing different looks and different things," said White.

Now, the Bucs rookie running back is ready to take off the water wings and dive head first into this offense.

RELATED: Brady, Buccaneers drop under .500 with shocking loss to Panthers

"You just learn something new every game and every rep, so I'm just playing fast, doing my job and learning," White said.

Bucs fans have already seen more of what White can do as his time in the backfield, along with Leonard Fournette, has increased along with his targets from Tom Brady.

"He's not running back one, but he should get some more plays. We've always talked about every week," said Bucs Head Coach Todd Bowles.

For White, his rookie season is going according to plan.

"My expectation was to be playing, but that's any competitor, though," White said.

While White expected to play, what he probably didn't expect was to be playing for an offense that has been struggling through the first seven weeks after being one of the league's most explosive the last two seasons.

PREVIOUS: 'We'll get through it': Bucs offense is broken and missing Gronk

"We've just been trying to focus on the little things because that's what has been getting us," said White. "Every play something happens and gets us. It's being consistent."

The hope is, the rookie can aide an offense that ranks 25th in scoring when his number is called.