Rowdies return to the field

ST. PETERSBURG, Fla. - The Rowdies were the first professional Tampa Bay team to return to practice under the cloud of COVID-19. They've been preparing for games for the last two months. Finally, Saturday night, they get to play the game they love for real, resuming the season at Al Lang Field against Atlanta United 2.

"This is what we live for,” Rowdies defender Forrest Lasso told FOX 13 Sports. "We obviously have been waiting patiently to get to this point. Now it's just ironing out the finer details."

"It's exciting to be one of the first pro teams to be back playing,” said Rowdies GM and head coach Neill Collins. "Obviously as a club we are going to try to take advantage of that and put ourselves in the spotlight for all the right reasons."

It will be a different feel when they hit the field against Atlanta. Only 100 fans have been invited to attend. They'll be spread throughout 7,200-seat stadium, having to wear masks until they reach their seats.

The USL will be a good test for other pro teams to learn about returning to action.

"Some people will be looking to jump on them and say, ‘We told you so,’ that we shouldn't be maybe playing,” said Collins. "At the end of the day, I think we are taking all of the precautions. We are doing everything we possibly can." 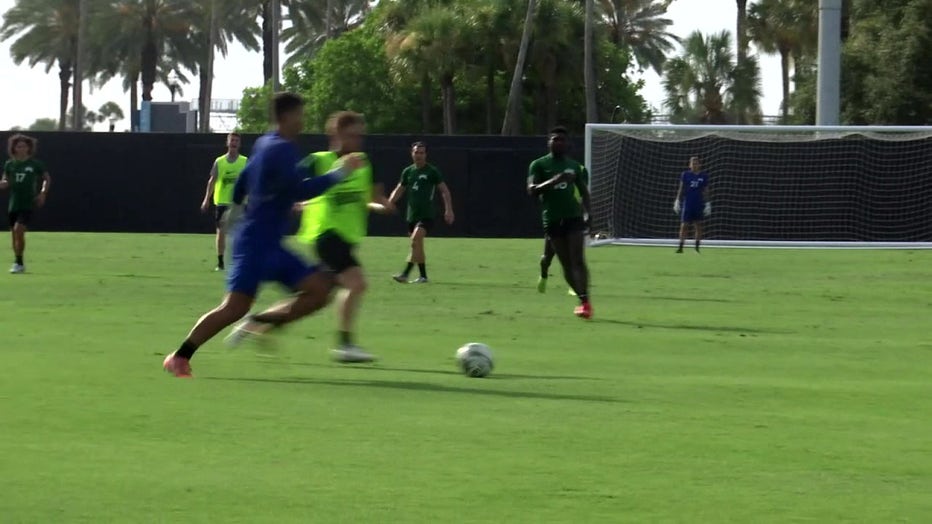 Soccer is a physical game. There is no way to social distance while playing. The Rowdies have remained COVID free so far and they're approaching this return with a positive outlook.

"I think from the players’ side, we know the season is ahead of us,” said Lasso. "We know what it entails. We are doing everything right, but at the same time it's Wednesday right now. Come Saturday it's ready to go. I think for us, it's just having everything we have been doing. Taking step by step, baby steps forward and going about business as we have."

The Rowdies get to keep their opening season win against New York, which is important given the USL schedule has been cut in half to just 15 more regular season games. So each match is twice as important.