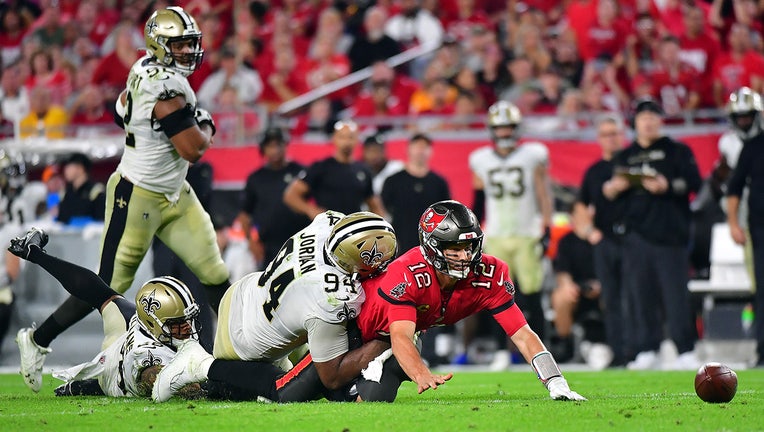 "Just a tough night. Didn’t do much of anything right," said Brady, who smashed a tablet on the bench in frustration late in the fourth quarter.

"I wish it was just one thing. It was a lot of things," he added. "We just didn’t play well enough. We’re not going to win scoring no points."

Despite playing without coach Sean Payton on the sideline, the Saints (7-7) beat the Bucs (10-4) for the seventh straight time during the regular season — fourth since Brady left New England for Tampa Bay in 2020.

And no doubt, defense was the driving force behind this one.

"You can’t say enough about what they did to pitch a shutout like that. And against a Brady-led offense, it’s incredible," Saints quarterback Taysom Hill said. "Part of our play calling and all that was reflective of how well they were playing."

The omicron variant of COVID-19 is impacting the Tampa Bay sports world as NHL and NFL games get postponed.

The victory gave New Orleans a sweep of the season series between the NFC South rivals and boosted the Saints into playoff position with a hold on the conference’s final wild card. It also forced Tampa Bay to wait at least another week to clinch its first division crown since 2007.

The Bucs, who did win a playoff game at New Orleans last January en route to winning the Super Bowl, lead the division by three games with three weeks remaining in the regular season.

With defensive coordinator Dennis Allen standing in for Payton, who missed the game after testing positive for COVID-19, the Saints stymied the NFL’s No. 1 passing and scoring offense and ended Brady’s streak of 255 consecutive starts (including playoff games) without being shut out.

Former Tampa Bay Buccaneer Ahmad Black Jr. says he took a constant beating playing football and though he is concerned about having CTE, he says he will likely let his son play the sport.

The list of players injured in a 9-0 loss to the New Orleans Saints included wide receivers Chris Godwin and Mike Evans, and running back Leonard Fournette.

"It hurts more losing all the players we lost," Arians said. "We lost about seven starters in this game."

Godwin (knee) and Evans (hamstring) left in the second quarter. Fournette (hamstring) exited in the third.

"A lot of guys got banged up tonight but that’s part of football," quarterback Tom Brady said. "So, got to try and figure out who can go in and fill in some roles and play great football."

Arians had no postgame updates on the injuries.

The Bucs, who did win a playoff game at New Orleans last January en route to their Super Bowl title, lead the NFC South by three games with three weeks remaining in the regular season.