TAMPA, Fla. - Lakeland's Ahmad Black Jr. played football from the time he was six through the age of 25. He won a national title with Urban Meyer at the University of Florida and went on to play a few years for the Tampa Bay Buccaneers with Vincent Jackson.

Earlier this week, it was revealed that Jackson had stage 2 Chronic Traumatic Encephalopathy , or CTE, when he died in February. That revelation was an eye-opener for Black.

"You kind of wonder, am I getting upset when I shouldn’t be? Am I getting these headaches because of maybe that and not that? It kind of makes you wonder and worry about your own self," he shared.

CTE is a degenerative brain disease linked to repeated head trauma. Symptoms can include things like depression, violent mood swings and impulsive behavior.

"Imagine living with something that you don’t know you have and you can’t get tested for it," he said.

After his death, the family of Vincent Jackson donated his brain to get answers on what may have led up to his death in February. After months of research, they said he had stage 2 CTE.

At all levels, there's been a push to try and reduce helmet-to-helmet contact. Still, researchers say for every year a player plays football, the chances of developing CTE can go up by as much as 30%.

"It was a constant beating, constant pounding and that’s what I signed up for. Hopefully, it doesn’t take away from my everyday living," he told FOX 13. 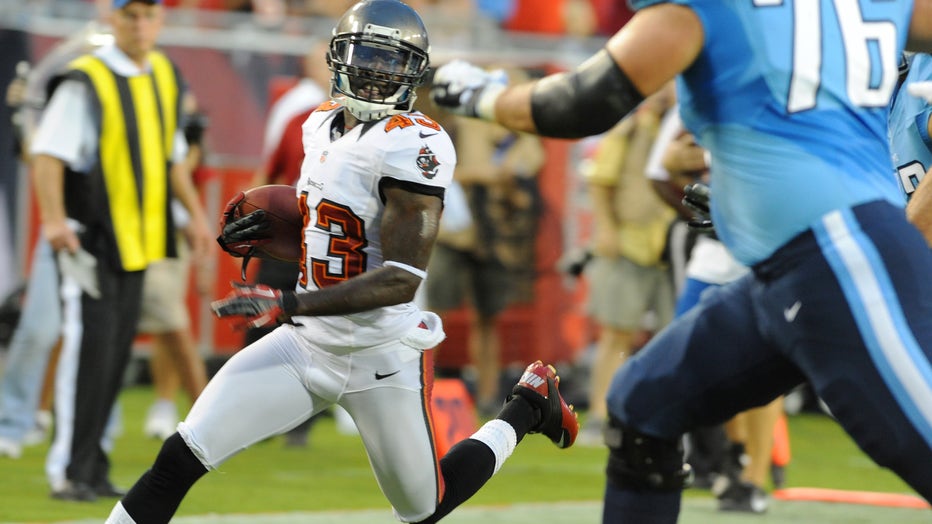 TAMPA, FL - AUGUST 17: Safety Ahmad Black #43 of the Tampa Bay Buccaneers runs for 29 yards after intercepting a pass in the first quarter against the Tennessee Titans in an NFL preseason game August 17, 2012 at Raymond James Stadium in Tampa, Florid