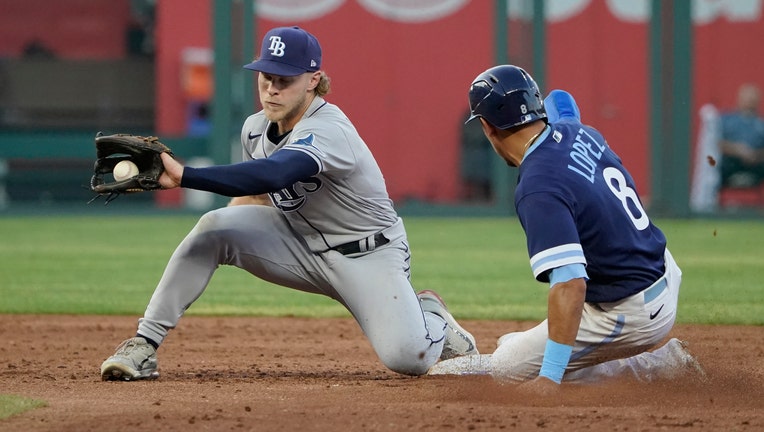 "One of the best we’ve ever seen from Brady. Everything was working, it took him just a little time to find that first base side with the sinker and then he found it," Royals' manager Mike Matheny said.

"He threw some really good changeups but the slider was wipeout today. To get 12 strikeouts, it had to be one of those disappearing sliders and throwing it in the right part of the zone and strikes when we wanted to. One of the best we've seen from him, it was a great job."

Singer sat down seven with the slider but also found a rhythm with a wide array of his arsenal as the game wore on.

"In the first few innings, I didn’t think I had much command of anything," Singer said. "The slider was working early but throughout the game, I felt a lot better and felt like I got the fastball gloveside, the changeup worked out really well but the slider was the key."

With the score 3-3, Taylor hit his sixth home run this season and first since June 25. Witt hit a two-run drive off Yarbrough (0-5), who has given up seven home runs this season.

"It was unfortunate because (Yarbrough) did give us a chance right there," Rays' manager Kevin Cash said. "I liked the matchup with all the lefties they had loaded up there and the one righty they pinch hit for kind of came back to bite us."

Witt had three RBIs for the Royals, who stopped a four-game losing streak. Whit Merrifield hit a two-run double in a three-run third.

The Rays rebounded from a 3-0 deficit when Luke Raley hit a run-scoring single in the sixth and Roman Quinn hit a two-run triple in the seventh.

Rays: Tampa Bay has 16 players on the injured list, second to Cincinnati. Only seven players from the opening day roster have remained active all season.