LAKELAND, Fla. - On Southeastern University's campus in the middle of Lakeland is college soccer's most prolific player. Uchenna Kanu just broke the college record for career goals --149. That's more than another player on a college campus, male or female.

"I never thought that I would break any records and stuff like that,” said Uchenna. "I did and I'm really proud of myself and proud of my team."

Uchenna has a gift for getting the ball in the goal, averaging two goals a game against NAIA competition. Her 149 career goals are 31 more than former Gator and current Eckerd College coach Daniel Fotopolus, who holds the NCAA Division I record.

"She's a natural goal-scorer, no doubt about it,” Southeast head coach Randy Bell said of Uchenna. "The first day she came to training we knew immediately that she had the potential to be a legend in college soccer. And I think she is a legend."

This past summer, Uchenna played in four World Cup games in France representing her home country of Nigeria. It was an experience that has given her a strong edge against her college competition.

"I learned a lot,” said Uchenna about being over in France. "Both on the field and off the field. How to be on top of my game.  How to be competitive as well." 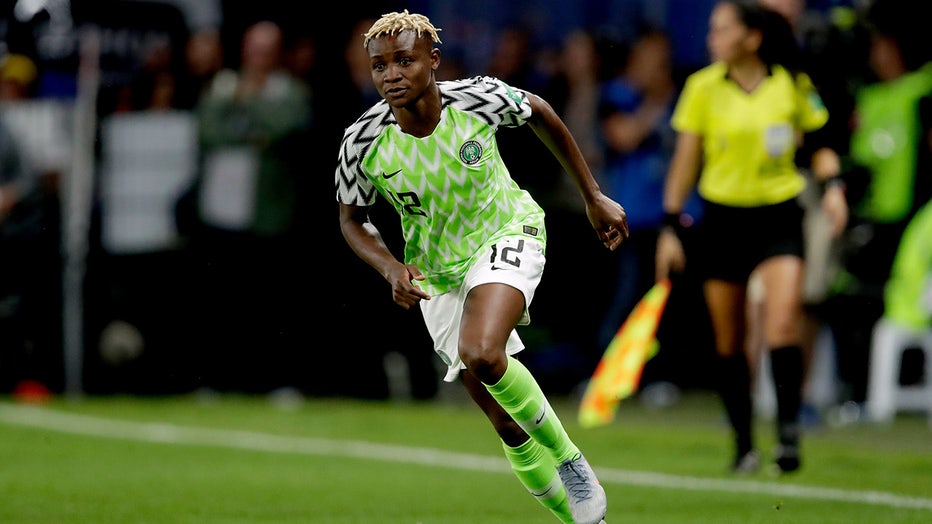 Uchenna Kanu of Nigeria is seen during the World Cup Women match between Nigeria and France on June 17, 2019 in Rennes France.(Photo by Eric Verhoeven/Soccrates/Getty Images)

Before arriving at Southeastern University four years ago, Uchenna didn't know much about American culture and it wasn't soccer that turned out to be the biggest shock to her system.

"The food,” she gasped. "The food is like the biggest part of it. Eating stuff that is not all the way cooked!”

Before leaving Southeastern for a professional career, Uchenna has one more goal to reach -- leading the Fire to a national championship. They're two wins away.