TAMPA, Fla. - Prospect camps, like the one the Lightning are hosting, are much more than just a step away from the NHL. These kids have a way to go, but that doesn't make this any less of an opportunity, especially for St. Pete Beach native Avery Winston.

"This is a team I grew up watching and saw everything they did in the last two years," Winston said after day one of camp. "It was definitely a dream come true to be out there and do what I've always dreamed to do."

Thanks to the COVID-19 pandemic, Winslow missed out on almost a year and a half of game action, costing him time in front of scouts. That also makes being invited to prospect camp a great chance to get back to high-level play.

"It's very exciting to be back, playing in game-like situations and with a lot of high-talented players here," Winslow continued.

However, it can't be overstated how special this is for Winslow from a nostalgic standpoint. He's developing his hockey game in the place where his hockey passion was born.

"My brother actually started [playing hockey] back in '04 when Tampa won the Cup," Winslow said. "It actually got our whole family into the sport, so my two brothers started playing so I just kind of tagged along and followed along." 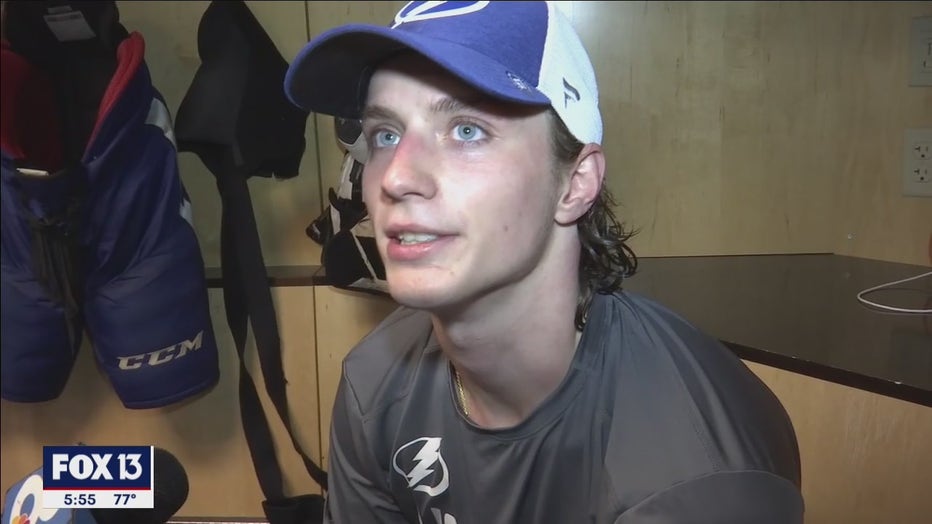 While he tries to take his career to the next level, Winslow is also thrilled at youth hockey boom in the Bay Area.

"It's really cool to see the game of hockey has grown so much with the Lightning winning the Cup in the last two years," Winslow said. "You can really start to see the growth of hockey and all the younger people start to follow along as fans of the sport, and not just go to the games so it's definitely cool to see."