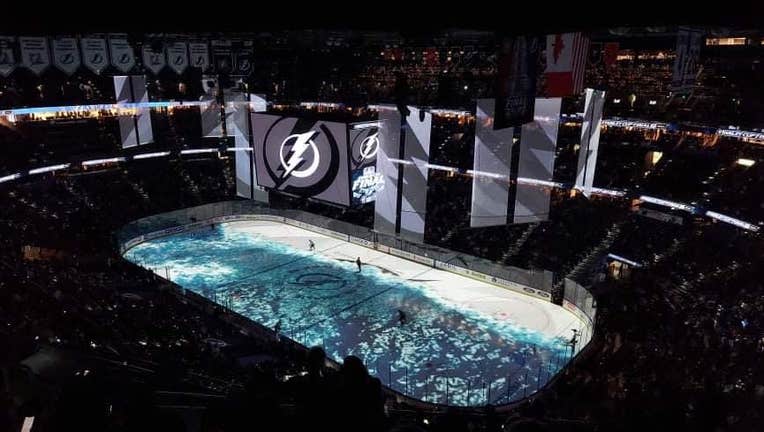 Inside Amalie Arena during Game 5 of the Stanley Cup Final.

TAMPA, Fla. - Finally, the Bolts announced when single-game tickets for the upcoming season will go on sale.

Tickets for the two-time defending Stanley Cup champion Tampa Bay Lightning will go on sale Aug. 19 at 10 a.m. through Ticketmaster.com. The tickets include the team's game at Orlando’s Amway Center on Oct. 5 against the Florida Panthers.

The Stanley Cup banner will rise at the first home game of the regular season on Oct. 12 against the Pittsburgh Penguins.

In July, the team released its preseason schedule, which can be found below:

Last month, the Lightning announced they will be playing an outdoor NHL game for the first time on Feb. 26, 2022, at the Nissan Stadium against the Nashville Predators. Ticket information has not been released.