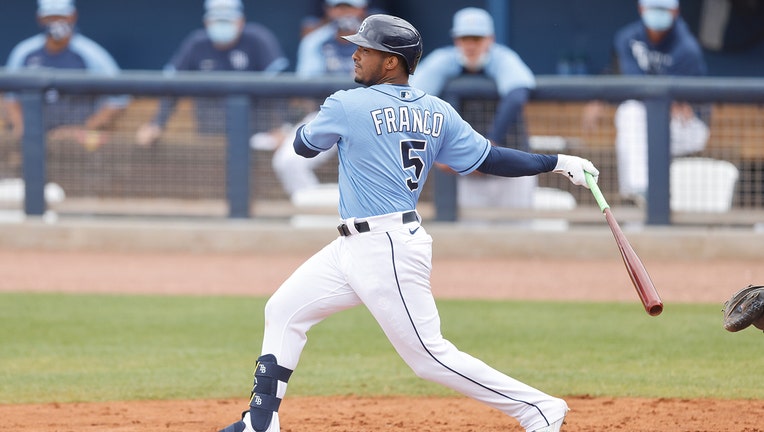 PORT CHARLOTTE, FLORIDA - MARCH 21: Wander Franco #5 of the Tampa Bay Rays at bat against the Atlanta Braves in the seventh inning during a Grapefruit League spring training game at Charlotte Sports Park on March 21, 2021 in Port Charlotte, Florida.

The Rays say they plan to promote the 20-year-old Franco from Triple-A Durham on Tuesday. Tampa Bay is off Monday and hosts the Red Sox on Tuesday night.

Franco is a .332 hitter with 145 RBIs in three minor league seasons.

Franco went 5 for 17 with a long home run in seven spring training games for Tampa Bay this year.

The Rays had the best record in the majors this year until their current six-game losing streak.