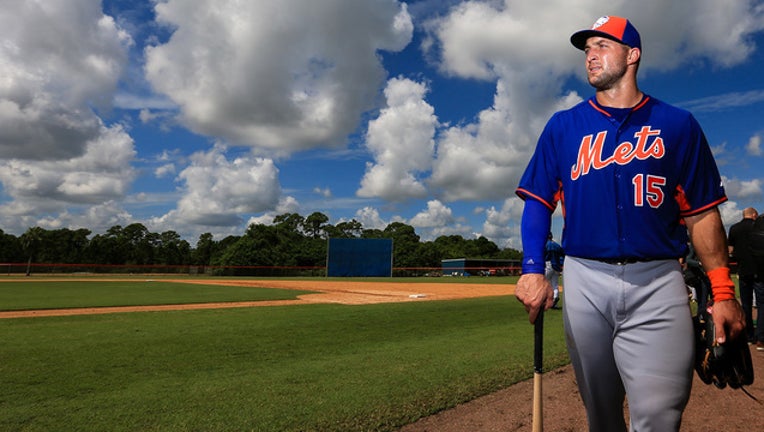 Tim Tebow of the New York Mets works out at an instructional league day at Tradition Field on September 20, 2016 in Port St. Lucie, Florida. (Photo by Rob Foldy/Getty Images)

NEW YORK (AP) - Tim Tebow will be at spring training with the New York Mets. The 30-year-old outfielder was among nine spring training invitees announced by the team Friday.

The former Heisman Trophy winner and NFL quarterback is preparing for his second professional baseball season. He hit .226 with eight homers, 52 RBIs and 126 strikeouts in 126 games last year at Class A with Columbia in the South Atlantic League and Port St. Lucie in the Florida State League.

Tebow was 4 for 27 (.148) with no extra-base hits, one walk and eight strikeouts in nine spring training games for the Mets last year.