TAMPA, Fla. - Just 88 days ago, the Tampa Bay Lightning skated off their own ice watching the Colorado Avalanche hoist the Stanley Cup.

"It was one of the saddest moments of my life, obviously," said defenseman Mikhail Sergachev. "It's tough, and you still think about it sometimes and what you did wrong."

Today, however, offered a chance to turn the page with the official start to training camp.

Following three straight runs to the Stanley Cup Final, however, the Bolts have now played more hockey and gotten less downtime than any other team over that time.

"No one else cares, the other teams don't care that you had a short offseason," said forward Brayden Point. "So you have to make sure you're getting back into shape and these camps help with that last little bit." 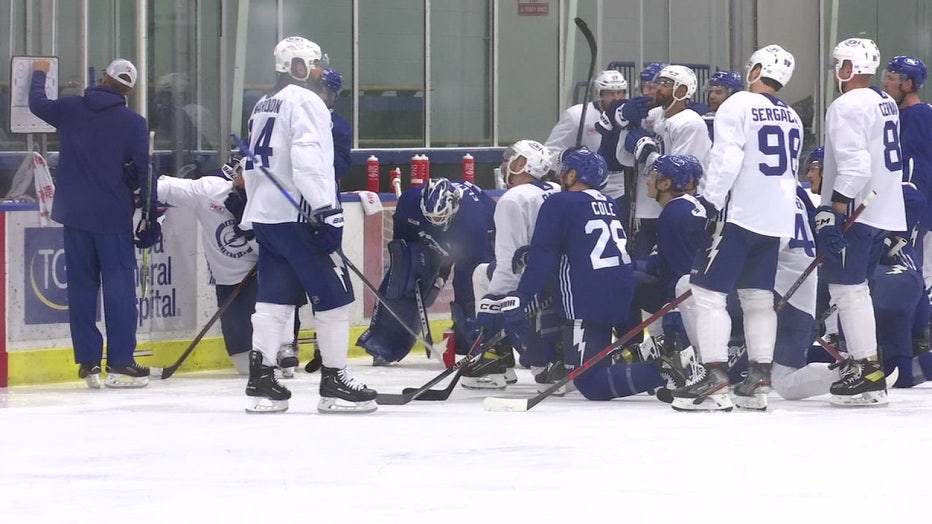 Now, with an aging core and a roster full of veterans these short off seasons may start to catch up to the players.

"Obviously, it's not easy," said defenseman Erik Cernak. "We can't use that as an excuse, and we just need to work hard. I think everybody got ready really well."

As short of an offseason as this was for the Bolts, there is one silver lining.

"These players are as hungry as they were the day the season ended," said Lightning Head Coach Jon Cooper.

It's a hunger that is driving these players to refocus themselves as training camp begins again.

"Any time you get to the finals and don't win, it's heartbreaking," says forward Steven Stamkos. "That's motivation in itself with how last season ended."