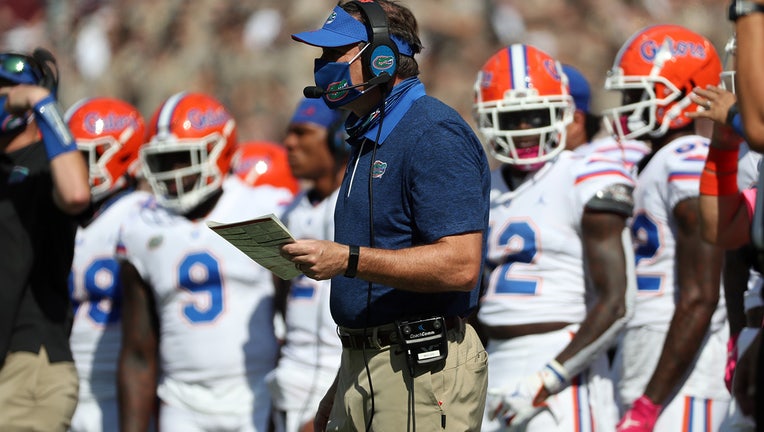 Head Coach Dan Mullen of the Florida Gators on the sideline during the first half of the game against the Texas A&M Aggies on October 10, 2020 at Kyle Field in College Station, Texas. (Photo by Tim Casey/Collegiate Images/Getty Images)

Athletic director Scott Stricklin says the decision was made "out of an abundance of caution."

Stricklin says coach Dan Mullen has had conversations with players and their parents and adds that he has spoken with last week's opponent, Texas A&M, and Saturday's opponent, defending national champion LSU.

Stricklin says the situation "will be re-evaluated by UF Health and the athletic department's sports medicine staff Wednesday."

Just this weekend, Mullen said he wanted the university to allow fans and students to "pack" the stadium.

“That crowd was a major factor in the game,” Mullen said Saturday about Texas A&M’s win. “So, I certainly hope our university administration follows the governor. Our governor passed a rule that we're allowed to pack the Swamp. We have 90,000 in the Swamp to give us that home-field advantage Texas A&M had today.”