Softball player for USF best in the national for stealing bases

TAMPA, Fla. - University of South Florida softball player Alexis Johns is a thief, and she's the best in the nation at stealing bases.

"Coming into the season, I really wanted to get 39, the single season record [USF]," Johns said. "Now that I'm at 58, I honestly thought I'd get that far. So It's really cool. Honestly it's a big accomplishment."

To her teammates she's nicknamed Jackie – as in Jackie Robinson.

When she reaches first base she's got the green light to go, and teams have rarely been able to catch her. In her two years at USF Johns has been caught just three times in 82 steal attempts. 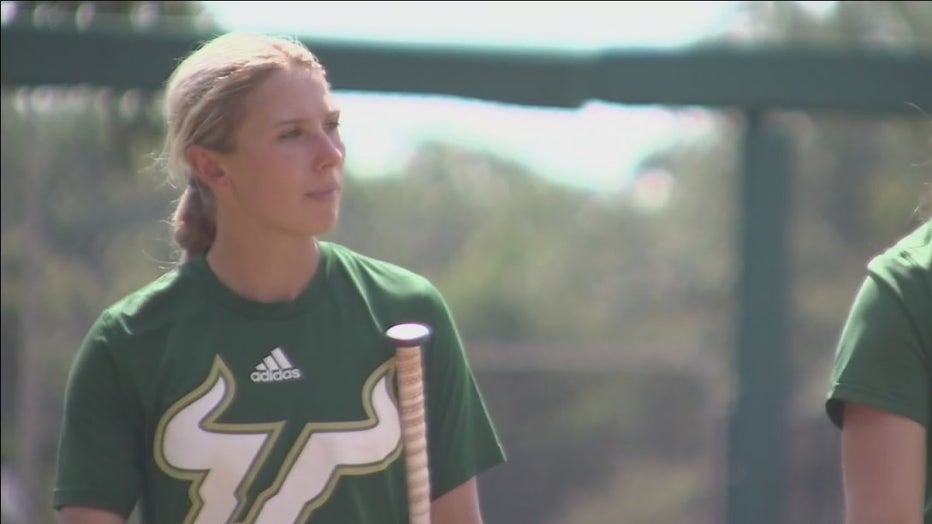 "I thinks she has gotten comfortable with getting on base," said USF Head Coach Ken Eriksen. "Her walks are up. Her on-base percentage is up. She's not trying to do more than she's capable of doing and that translates to on-base percentage. More times on base. More opportunities to get to the next base."

It's just an example of how fast Johns is, and her biggest highlight wasn't on a stolen base. It was on a fly ball to center field, a sac-fly where she was on second base and scored all the way home.

Johns has already smashed USF's record for steals in a season. She's at 58 and counting and that's the most steals in the NCAA in the last 10 years.

With another year of eligibility, Johns is on pace graduate from USF as the school's all-time stolen base leader.

"That would be another cool accomplishment if I could do that as well," said Johns.