TAMPA, Fla. - While the transition from high school to college is often difficult, one Bay Area freshman athlete is facing the challenge of adapting to academic rigors while being the quarterback for a Division One football team with gusto.

USF quarterback Timmy McClain is a multi-dimensional athlete. He can throw, and he can run. And he can run an offense. His high school career at Seminole High School in Sanford, Florida, prepared him as well as any could. But college is truly next-level stuff.

McClain became the Bulls' starting quarterback after the season's first two games. Being pressed into service so young is challenging. McClain responded to the challenge by winning his first-ever start 38-17 against FAMU.

McClain showed flashes of brilliance in his first year, but the Bulls finished the season 2-10. 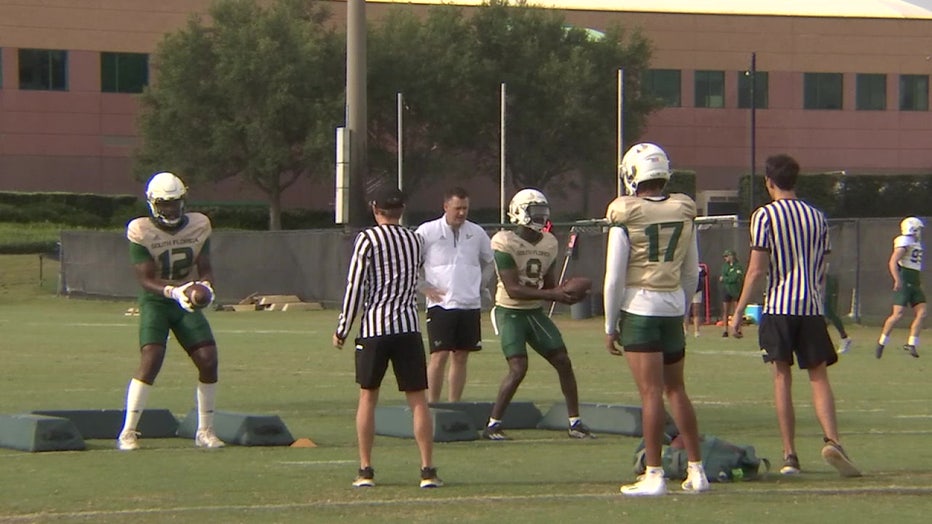 McClain recognizes how those lessons help transform him into the player he is becoming. He's putting in the work to avoid a sophomore slump.

"I feel more prepared," McClain shared. "Last year I didn't feel prepared as much. This year I'm getting lots of reps with the number ones."

Those reps with the first-team offense are helping McClain become the quarterback that Scott knows he can be. Scott has encouraged him to be more vocal in his leadership style.

McClain says he's starting to come out of his shell, embracing the more outspoken role. USF fans will get to see McClain and his Bulls teammates showcase their spring practice work Saturday, April 9 at Raymond James Stadium. The annual spring game will have the Bulls facing the Bulls in a Green vs. Gold scrimmage at 6 p. m.