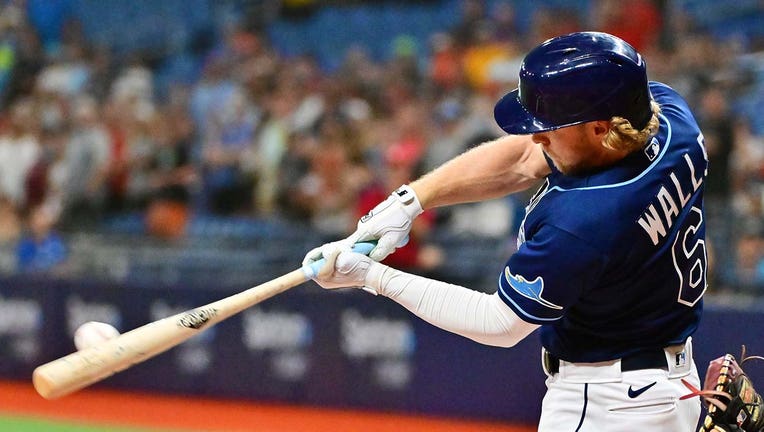 Walls sent a 2-2 pitch from Drew VerHagen (3-1) into the right field seats.

St. Louis loaded the bases with no outs in the 10th against Colin Poche (2-0) but scored just once for a 2-1 lead on Lars Nootbaar's sacrifice fly. Paul Goldschmidt was thrown out by center fielder Kevin Kiermaier attempting to score on Harrison Bader’s two-out single.

Both starting pitchers had strong outings.

Hudson permitted Ji-Man Choi's one-out double in the first and then held Tampa Bay hitless until Manuel Margot opened the seventh with a two-base hit. Margot went to third on Kiermaier's grounder and scored the game's first run on Isaac Paredes' sacrifice fly.

St. Louis tied it in the eighth. Nootbaar, pinch-hitting for Albert Pujols, drew a two-out walk from Andrew Kittredge and advanced to second on Tyler O’Neill's single before scoring on Bader's base hit.

Pujols singled in the fourth for his 3,320th hit, passing Paul Molitor for ninth place on the career list. Pujols also moved past Cal Ripken Jr. into sole possession of eighth place in games played with 3,002.

O’Neill returned after missing 18 games with a right shoulder injury and went 2 for 5. Goldschmidt walked in the first to extend his career-best on-base streak to 43 games.

Kiermaier, who was 3 for 36 over his previous 10 games, was moved from the leadoff spot to fourth in the lineup as Rays manager Kevin Cash addresses his struggling offense.

It was just the second time in his career Kiermaier batted fourth, with the other coming on July 18, 2019.

"A couple extra biceps curls and bench-press reps today to try to look the part of a cleanup hitter," Kiermaier said before the game.

He went 0 for 4 with two strikeouts.

Rays: RHP Shane Baz (right elbow) will replace struggling LHP Ryan Yarbrough, who was optioned to Triple-A Durham, in the rotation and make his season debut Friday or Saturday.

Tampa Bay RHP Corey Kluber (2-2) is Tuesday night’s starter. Kluber has had tremendous success against Pujols, who has just one single in 20 at-bats against him.

"I just think that he’s a really good hitter, and for whatever reason, maybe past matchups have gone my way," Kluber said. "But I think I’m going to treat him with just as much respect coming into this game as I would have when I was first getting my feet wet."

The Cardinals had not announced their starter.