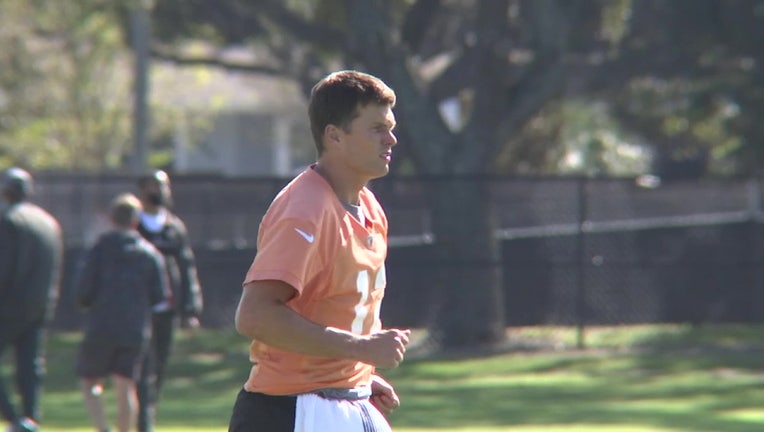 TAMPA, Fla. - The Buccaneers defense is still steamed over how they wilted in Washington.

Surrendering the longest drive in the NFL since 2018 has raised concerns with the coaching staff about the level of passion needed to compete. Sunday, it didn't come close.

The last time the Bucs lost two straight games was nearly a year ago. Through nine games, their record is exactly what it was at this point last season, 6-3. Given their successful finish, does that give this team confidence that they can ignite again?

"There’s no doubt in my mind, but we have to put the work in" commented Barrett. "It’s not just going to happen because we did it last year. It’s a different team, different circumstances, and different everything this year, so we have to put that work in. We know everything that’s still in front of us. It’s not going to be just given to us. We have to take the coaching and put it on the field and execute everything. We have to execute because it’s not going to be given to us at all. After being Super Bowl champs last year, every team is going to give you their best week-in and week-out and we have to prepare for that."

Despite two straight defeats, Bruce Arians is very confident about this club. He sees a lot of good aside from two weeks of subpar play.

"I mean, we've played up to our potential. It's just the last two weeks on the road we haven't," said Arians. "Up until then…we're still in first place and we've got a lot of good things going on as far as number one in pass offense and sacks [allowed] and all the things we're doing offensively and defensively. But there are some things we have identified on the road that have cost us two ballgames."