TAMPA, Fla. - Bay Area residents in the northern counties woke up to a treat the morning after Halloween: drier and cooler weather.

As the day progresses, that dry air will continue to creep into the rest of the Tampa Bay area – and Florida, for that matter. It’s a welcomed change considering we just had the warmest October in region's history. This year, we broke a 100-year-old record, says FOX 13’s meteorologist Dave Osterberg.

“We were over five degrees above average for October,” he explained. “That’s how warm it was. So there you go, it’s official. It’s the warmest October we ever had.” 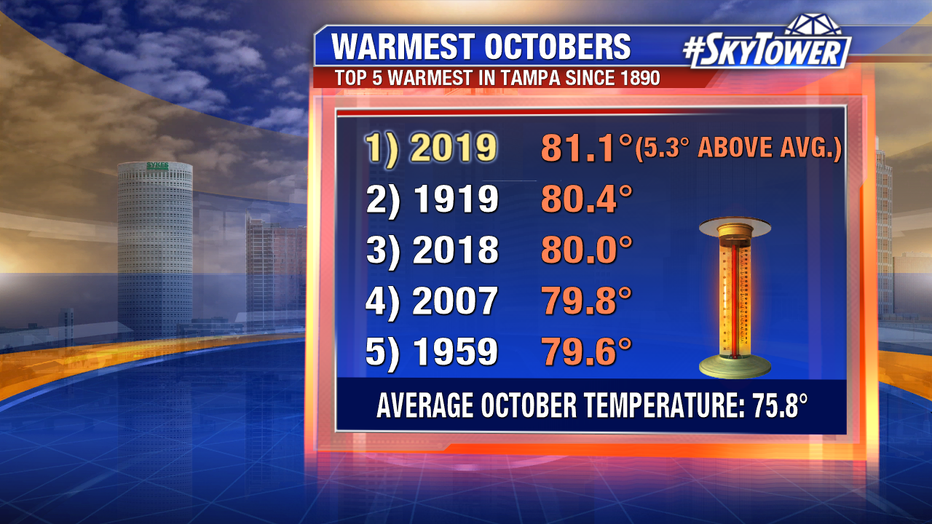 Over the past several days, Tampa, among other cities in Florida, had been experiencing summer-like humidity. The heat index even reached nearly triple digits. The incoming cold front will drop the heat and humidity.

“It will slowly continue to slowly sink south throughout the morning,” Osterberg said. “If it is pretty muggy where you are, just hang in there, we got some drier air moving in as we speak.”

That dry air will last through Friday night. On Saturday afternoon, the humidity will briefly go up, but then will drop back down again, he said. By Sunday morning, we will have “precious” weather.

“I think Sunday morning will be that breath of fresh air we have been waiting for,” Osterberg said. “Now, it’s not going to last long but it is a weekend, and we can enjoy that.” 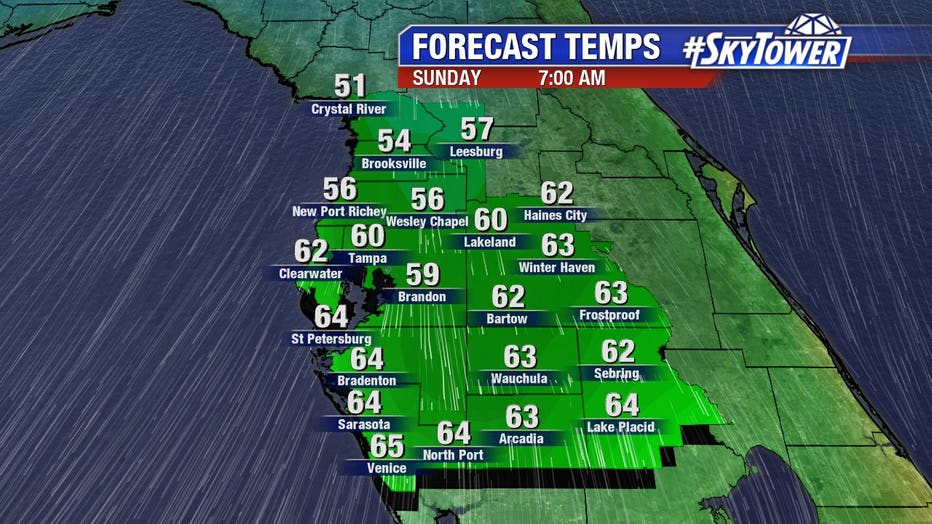 That break will be short-lived.

“Enjoy the dry air,” he added, “because the humidity is coming back next week.”