Thousands of Pinellas County homes have a new evacuation zone for this hurricane season and officials are urging residents to check their zones.

TAMPA, Fla. - Welcome to the rainy state! It’s the unofficial slogan that residents of Florida live by, and tourists, who visit for sun-filled skies, dread.

The start dates of the wet weather vary from year to year, but if climatology gives meteorologists any sense of direction, the state will soon see nearly daily events of showers and thunderstorms.

During La Niña patterns, South Florida usually kicks off the wet weather in mid-May, followed by Central Florida and North Florida getting in on the act weeks afterward.

Meteorologists say it all comes down to the strength and position of the Bermuda high. 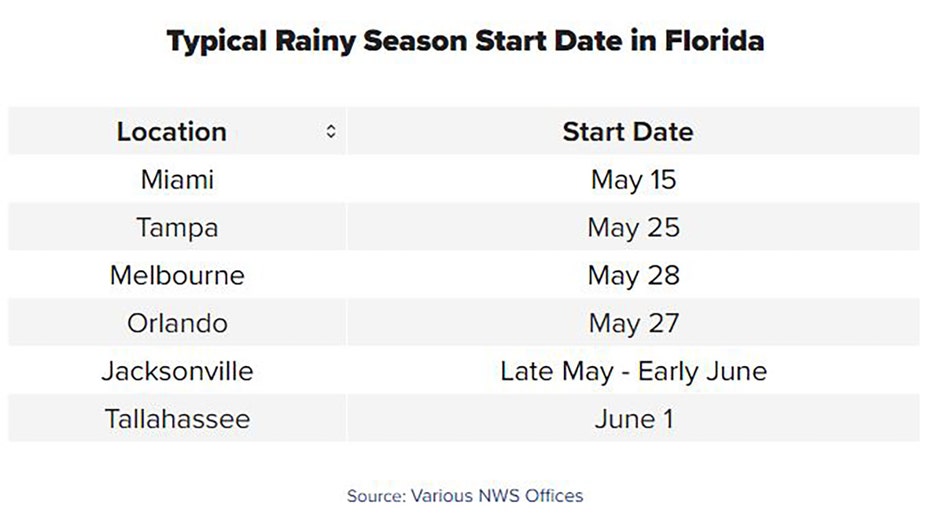 When the high-pressure system is aligned in its usual position, the flow can help increase moisture off the warm ocean waters - one of the key ingredients for thunderstorm activity.

The combination of the flow and interaction with various sea breezes tends to initiate the showers and thunderstorms that can pop up as early as late morning and last well into the afternoon.

National Weather Service meteorologists say the storms that form in May and June are typically more severe than those that develop during the later summer months.

If the right ingredients line up, it is not uncommon for early season storms to produce damaging winds, hail, lightning or even waterspouts and brief tornadoes.

As the summer progresses, more moisture will saturate the atmosphere, leading to heavier rainfall and less of a chance of storms becoming severe. 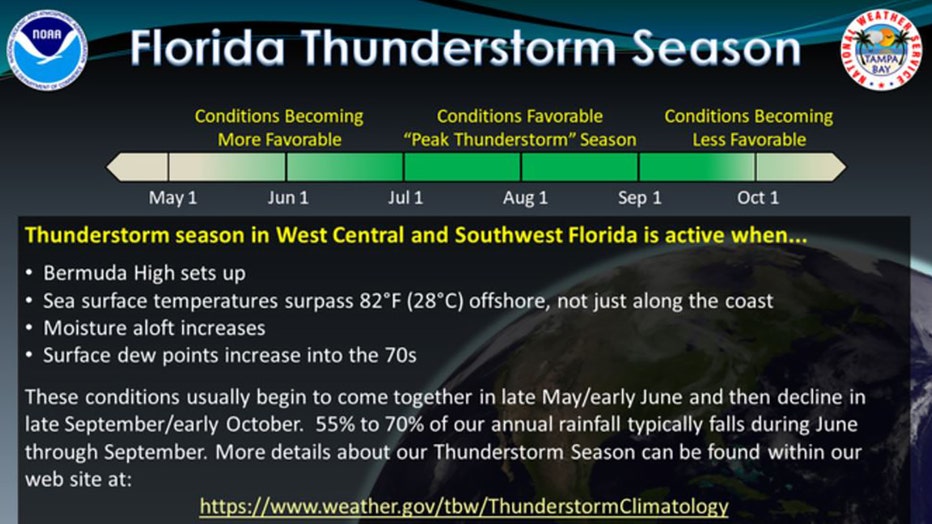 The normal wet weather pattern typically starts in late May and runs into September. (NOAA)

FAA, AIRLINES WORK TO IMPROVE GRIDLOCK IN SKIES OVER FLORIDA

Parts of Florida will see the ramp-up of sea-breeze-associated showers and thunderstorms by the end of the workweek.

On Friday, a large part of the peninsula, south of Interstate 4, could see rain and a few of the storms could be strong to severe.

The wet weather pattern usually does not wind down until at least mid-September, when attention turns to the threat of tropical systems and fall’s first cold fronts.