Meteorologist Jim Weber offers the latest on Hurricane Sam and other areas of interest that will likely develop this week out in the Atlantic.

TAMPA, Fla. - Overnight, Hurricane Sam’s winds decreased but it still remains a major hurricane. Computer models show it taking that turn to the north, avoiding the Caribbean and U.S.

The National Hurricane Center describes Sam as a ‘small hurricane.’ Some slow weakening is expected through the middle of the week, but it is expected to remain a major hurricane.

As of Monday morning, it’s continuing to move northwest at 8 mph. That general motion is expected to continue with an increase in speed starting sometime Thursday, according to the NHC. 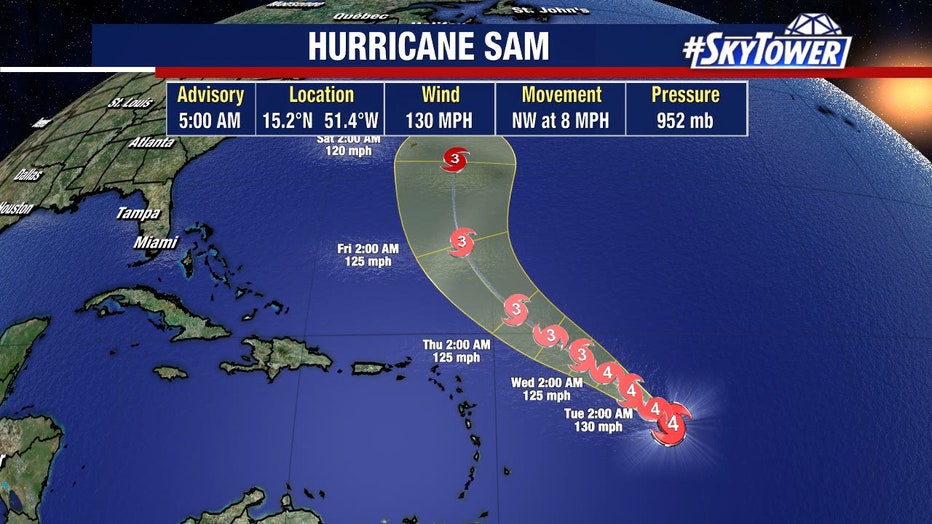 "It’s taking that turn to the north, we love to see that," says FOX 13’s meteorologist Dave Osterberg. "Now, the computer models are keeping it east of Bermuda as well. So that would be fantastic to keep it out to sea and it doesn’t impact anybody. While there’s activity in the tropics, there’s nothing imminent in the Caribbean or the Gulf." 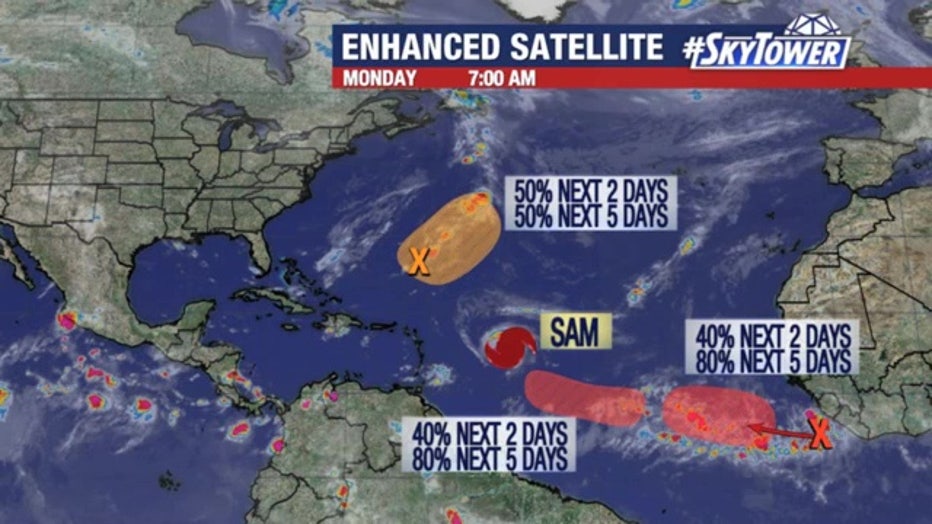 Meanwhile, there are two disturbances just behind Sam, both with an 80% chance of development in the next few days.