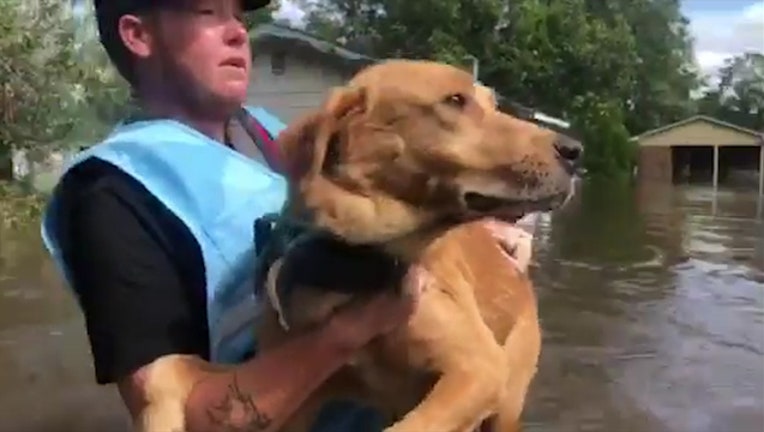 LUMBERTON, NC (STORYFUL) - Rescue squad members of the animal rights organization PETA have saved multiple pets that had been left behind in homes flooded by Hurricane Florence.

Footage, described as filmed in Lumberton, North Carolina, shows PETA’s Emergency Rescue Team saving a dog named Max who had climbed on a kitchen counter to escape floodwaters, a cat who was trapped on a porch and a dog who was left abandoned in a home.

Previously, PETA also posted footage of another dog they had saved in Lumberton, from the front porch of a flooded home.

The ASPCA has also been assisting in rescuing stranded animals from homes in eastern North Carolina.