TAMPA, Fla. - Forecasters are once again keeping an eye on a system in the southern Gulf of Mexico that has a chance of forming and following a path similar to Tropical Storm Nestor.

Thursday morning, the National Hurricane Center said the disturbance in the Bay of Campeche had about 50-percent chance of developing into a tropical depression before getting picked up by a passing cold front.

“It’s becoming better organized but we have a cold front that is going to be dipping down into the Gulf of Mexico,” FOX 13 meteorologist Jim Weber explained. “Eventually it’s going to merge with that cold front and bring some higher rain chances to the deep south and parts of the Gulf Coast.

“Will we have another Nestor on our hands? We’ll have to wait and see how this plays out over the next few days,” Weber continued. “I don’t think this will be an extremely well-defined system but certainly we’re talking about a big uptick in the moisture across the Gulf of Mexico.”

The Atlantic hurricane season runs through November, but the chances for a landfalling storm tend to drop significantly after Halloween. 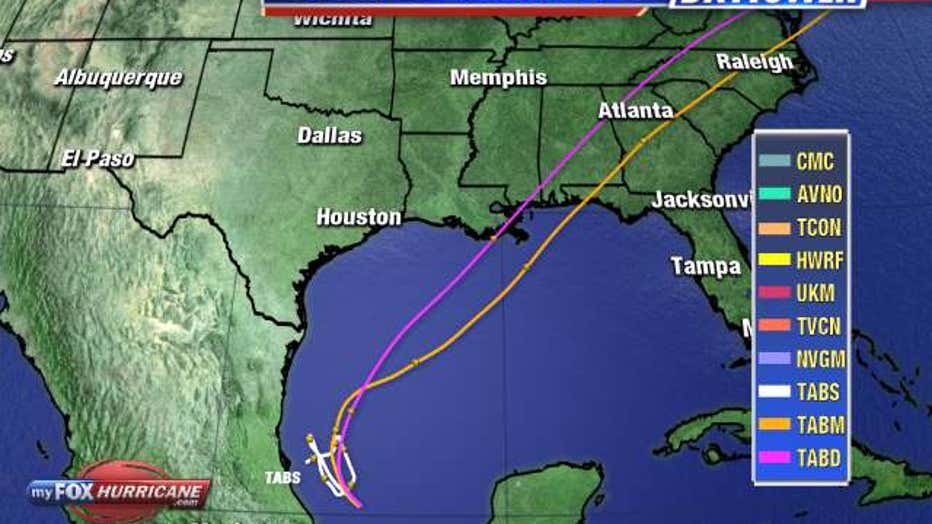