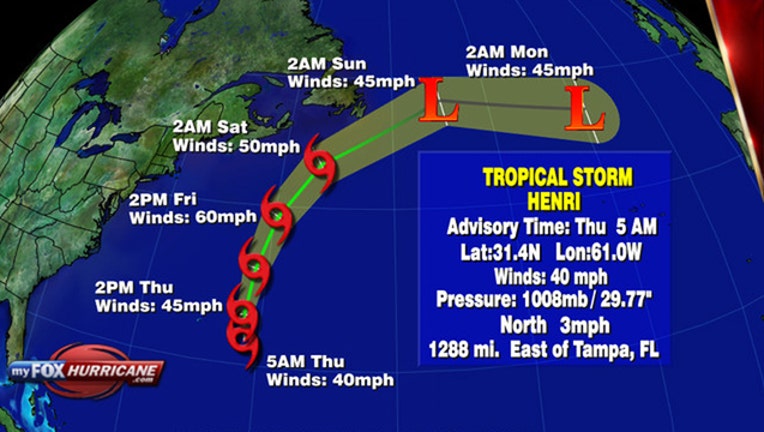 TAMPA (FOX 13) - Tropical Storm Henri formed in the Atlantic Wednesday, but continues to pose no threat to land.

As of 5 a.m., the National Hurricane Center placed the storm about 230 miles east-southeast of Bermuda, and said it was traveling to the north at 3 miles per hour.

So far, winds have reached a maximum speed of 40 miles per hour, but some strengthening is forecast during the next day or so.