Meteorologist Tyler Eliasen gives an update on Fred, Tropical Depression Grace, and soon-to-form Henry out in the Atlantic.

TAMPA, Fla. - Fred restrengthened into a tropical storm in the Gulf of Mexico Sunday morning, bypassing the Bay Area en route to a landfall near the Alabama-Florida border.

The heaviest wind and rain should remain offshore from Tampa Bay as Fred – regardless of its storm status – moves north past the state’s west coast. 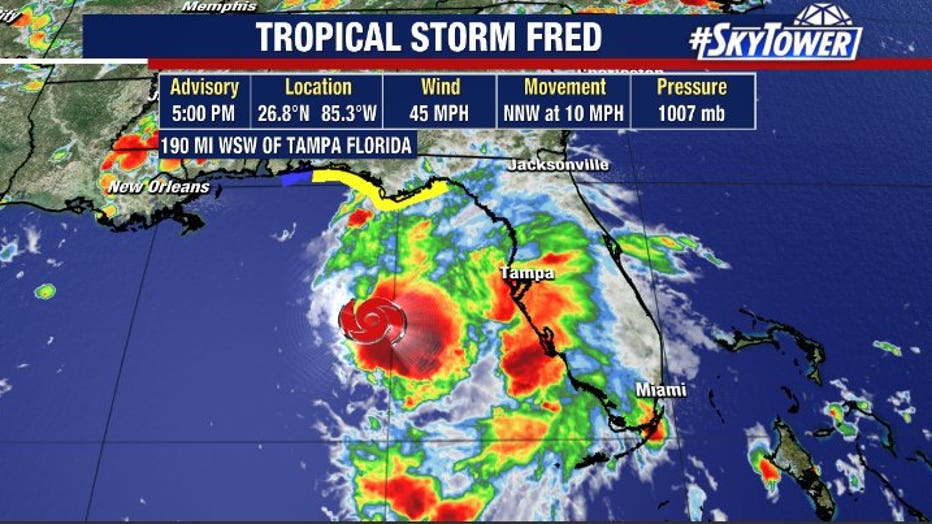 "When Fred makes its closest pass, we'll start to increasing rain chances. I think that will happen as we push towards later this evening. Much of the action is going to be along the coast," FOX 13 meteorologist  Tony Sadiku offered. 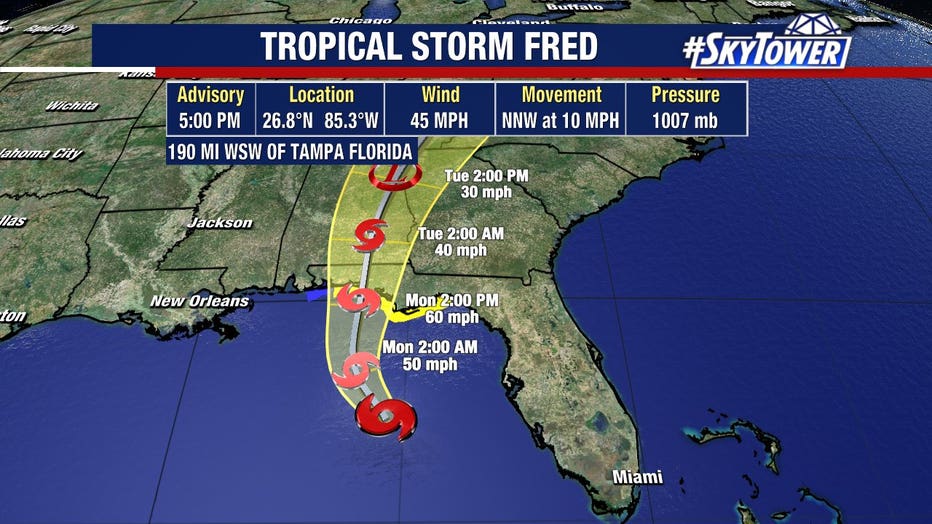 There’s also a marginal risk for severe weather, especially west of I-75.

"As we typically see on the east side of a storm, we could see a couple of rotating storms – waterspout or tornado – not impossible, but it's not likely," Sadiku continued. 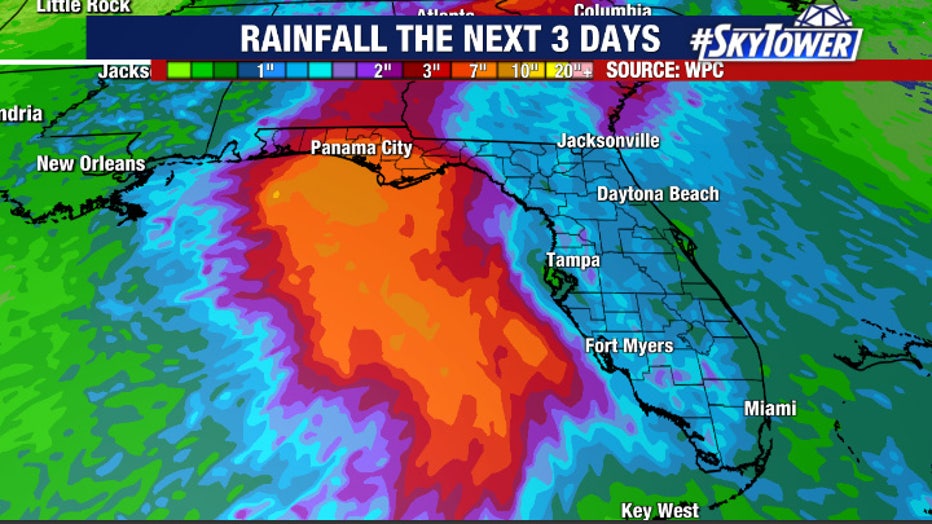 A tropical storm warning is in effect for the coast of the Florida Panhandle from Navarre to the Wakulla-Jefferson County line.

A tropical storm watch is in effect for the coast of the Florida Panhandle from the Alabama-Florida border to Navarre.

A storm surge warning is now in effect for the coast of the Florida Panhandle from Indian Pass to Yankeetown.

Meanwhile, forecasters were also watching Tropical Storm Grace, which remained disorganized Sunday but was expected to eventually enter the Gulf of Mexico.