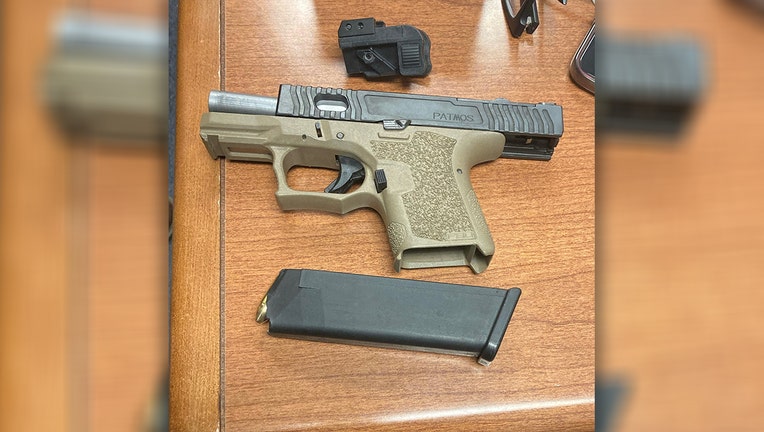 LAKELAND, Fla. - A 15-year-old boy was arrested after threatening another student with a gun he brought to Tenoroc High School in Lakeland, the Polk County Sheriff's Office said.

The school resource deputy was told by another student about someone having a gun on campus. The sheriff's office said the deputy was able to identify the suspected student and pulled the teen from class.

The 15-year-old student was found with a pistol in his jacket pocket and a magazine with 12 rounds in his pants pocket, Polk County deputies said. The gun also didn't have a serial number or personalized identifying markers, investigators confirmed.

The teen was also accused of threatening another student in the bathroom at Tenoroc High School, according to deputies. The victim told deputies he walked into the bathroom and saw multiple subjects in the stall.

PCSO said the 15-year-old saw the victim and cursed at him twice. When the victim walked to the hand dryers, the teen followed him and threatened to shoot the victim, investigators said.

The victim told Polk County deputies that the 15-year-old student reached inside his jacket pocket and pulled up the gun he brought to campus, according to PCSO.

The student was arrested on multiple charges, including possession of a firearm on campus and aggravated assault with a deadly weapon, the sheriff's office said.