Device to save choking children now in Sarasota schools

A sticker lodged in Karalina's throat, cutting off her airway.

"It happened so quickly, in an instant. My fear was that she was going to choke and it wouln’t be retrieved," Kress recalled. "My first instinct was to put my fingers in her mouth. To my horror, I made it disappear and I panicked."

Luckily a friend got the sticker out after performing back blows on the infant, which is the procedure recommended by the CDC.

It was too close of a call for Jessica. That night, she began researching and learning how to stop this from ever happening again. That's when she came across a device called Life Vac.

"I knew that I absolutely needed this in my house. I ordered one and it provided me a great peace of mind," she said.

It's a suction cup-like device that's already saved 44 lives. Arthur Lih came up with the idea after a young boy died while choking on a grape.

"The theory, is you make the compression and you generate the suction," Arthur demonstrated the suction on his hand during a 2014 interview with FOX 13.

Now Life Vac will be in every school in Sarasota County. Jessica worked with Arthur to make it happen. Now 150 have been donated.

"We could have one in the cafeteria, one in the nurse's office or the clinic or even the principal's office. That’s to be determined," said Sarasota County Schools Health Services Supervisor Suzanne Dubose.

She says the Helimlich maneuver will still be the primary way to stop choking, but if that fails, the Life Vac could be used. 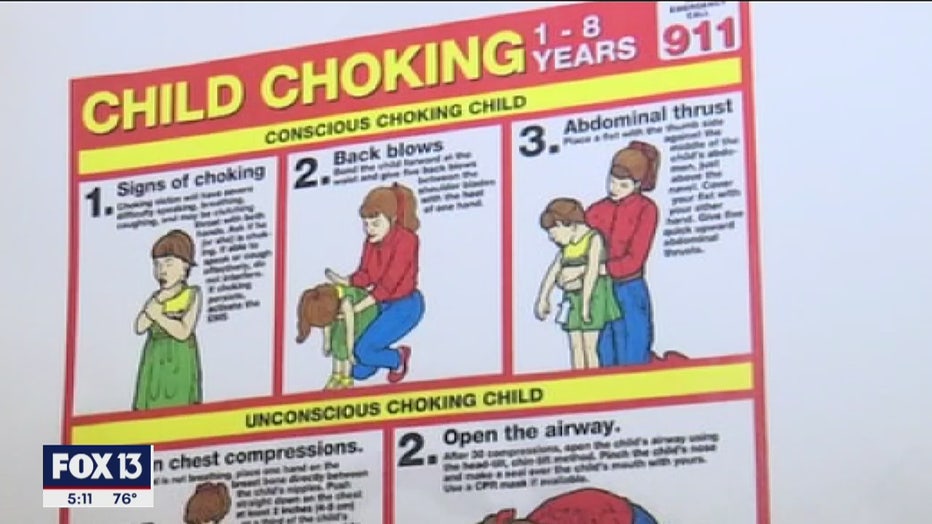 Staff will undergo training after the first of the year.

It gives Jessica extra comfort to know Life Vac will be nearby.

"It gives me a great peace of mind, not only for my daughter, but for every student to know this is there," she said.