CLEARWATER, Fla. - Firefighters from Safety Harbor, Dunedin and Largo were called out to battle a late-night fire in Clearwater.

Crews arrived at the storage facility, located on North Myrtle Avenue -- just north of downtown Clearwater -- just after 9 p.m. Monday. The first priority was to attack the flames at the source, but fire crews then had to evacuate 10 homes as embers were blowing in their direction. Grass and several trees caught fire.

The fire did not spread to any other homes or buildings, however, fire crews said 18 storage units are a total loss, and other units have some damage.
Residents were allowed to return to their homes by 11 p.m. 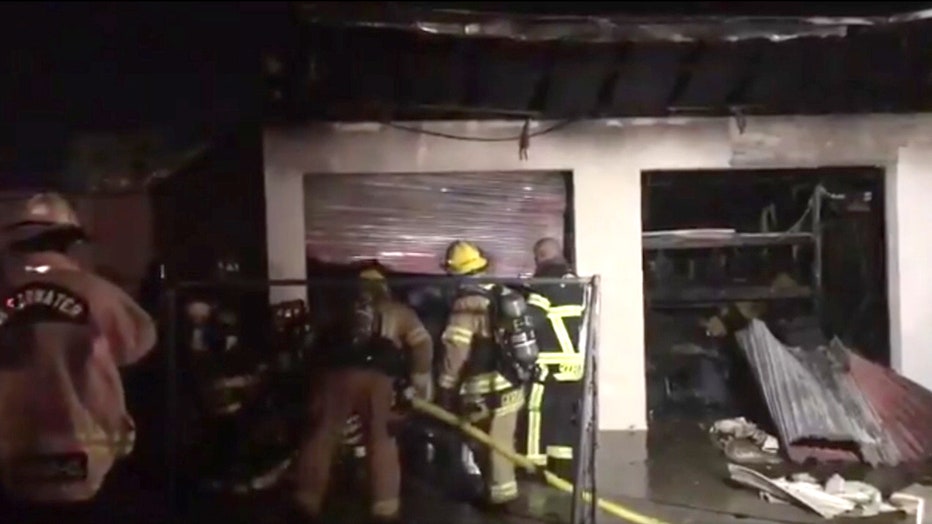 Investigators said they will spend Tuesday morning trying to figure out the cause of the fire.