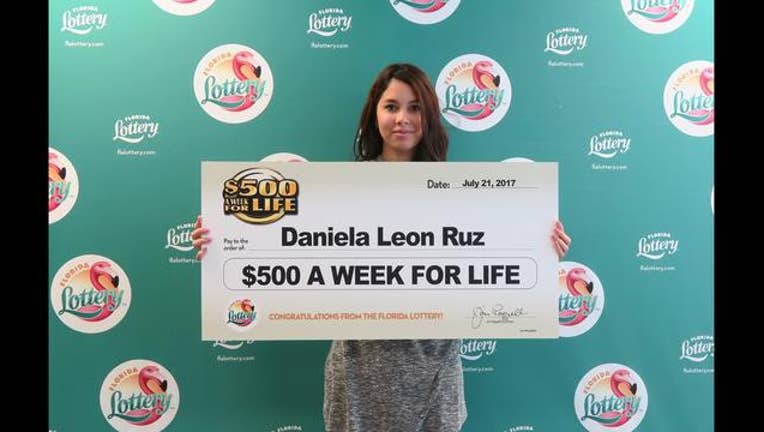 ORLANDO (FOX 13) - Daniela Ruz's adulthood is starting off on a high note.

The 18-year-old from Orlando won the top prize in Florida Lottery's "$500 a Week for Life" scratch-off game, which is only $1 to play.

Ruz will start receiving $26,000 annually for at least 20 years after purchasing her winning ticket at the Publix on East Central Boulevard in Orlando.

The scratch-off game launched in early July. The overall odds of winning any prize, including a break-even prize, is one-in-4.97. The odds of winning the top prize are one-in-5,360,000.