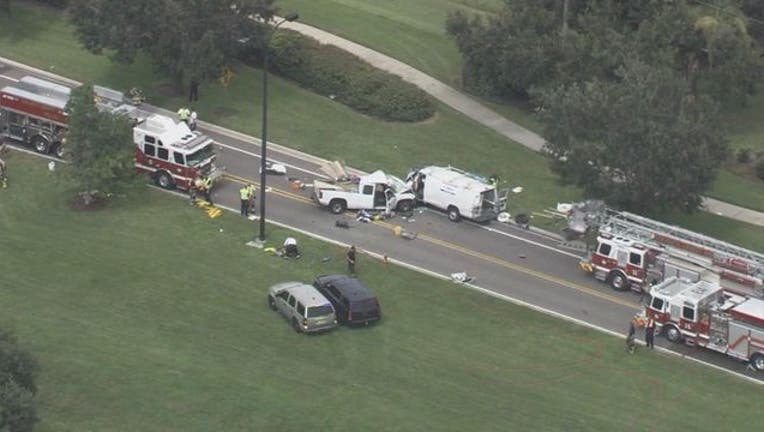 SARASOTA (FOX 13) - Four people have been injured in a two-vehicle accident at McIntosh Road and Sarasota Square Boulevard, according to Sarasota Emergency Services.

The incident happened just before 3 p.m. Officials said McIntosh Road South of Sarasota Square would be closed for several hours and to avoid the area.

Sarasota Emergency Services said three of the four people hurt in the accident were trapped and considered trauma alert patients.